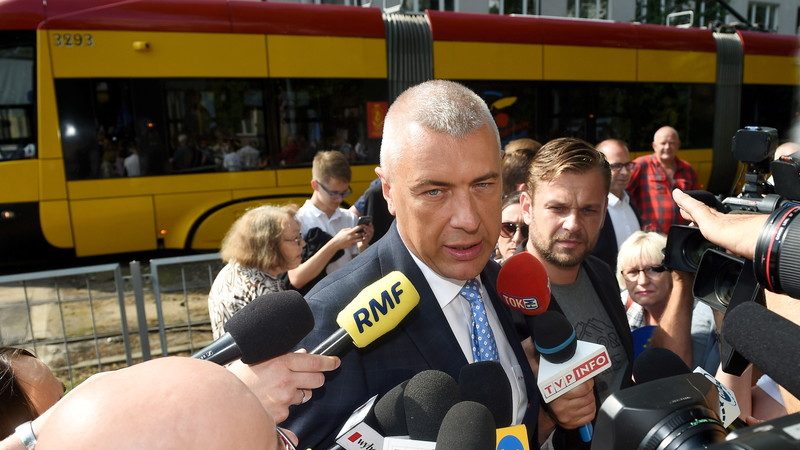 Roman Giertych (C) - lawyer of the President of the the European Council and former Polish Prime Minister Donald Tusk is surrounded by the press as he makes his way to the Poland's National Public Prosecutor's Office in Warsaw, Poland, 03 August 2017. [EPA/Radek Pietruszka]

But Stanislaw Zaryn, spokesman for the ministry in charge of Poland’s secret services, said the case was “purely criminal”, relating to “fraud linked to a listed company” and “money laundering”.

Ten other people have been arrested in the case.

The Polish Bar Council (NRA) said it was “extremely worried” by Giertych’s arrest.