Weber: Nord Stream 2 detrimental to Europe as a whole 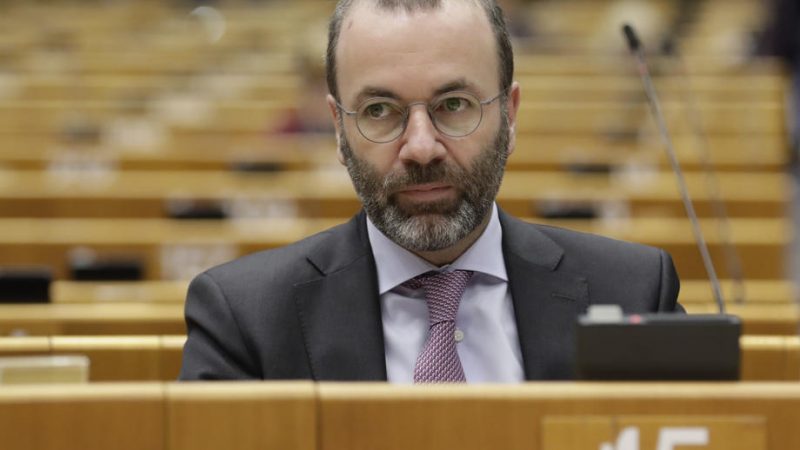 Weber demanded that Germany should “in future discuss and decide more in a European context” on projects of this size and closely cooperate with European partners. [EPA-EFE/OLIVIER HOSLET]

Manfred Weber, the conservative EPP leader in the European Parliament, has described as “important” an agreement struck between Germany and the US over Nord Stream 2 as it sends a signal to the Russian leadership not to abuse the controversial pipeline politically, but warned it should not marginalise Ukraine.

“The decision for Nord Stream 2 is to the detriment of Europe as a whole and of Ukraine. Without the services of ex-SPD Chancellor Schröder for Putin, the pipeline would have been hardly conceivable, ” Weber told Die Welt, adding that “this is a heavy burden.”

Weber demanded that Germany should “in future discuss and decide more in a European context” on projects of this size and closely cooperate with European partners.

At the same time, the European Greens are calling for a re-examination of the agreement after the German elections in September.

“The Greens are still in favour of stopping this project, because it remains damaging geopolitically, [and for] climate and European politics,” Green MEP Sergey Lagodinsky told Redaktionsnetwerk Deutschland (RND).

“We do not participate in deals at the expense third parties, as this government has now done,” he said, calling for a review of the agreement between Germany and the US by the next government.

However, CDU candidate Armin Laschet spoke out in favour of the agreement and said it would “correspond with his attitude.”

“It cemented three crucial points. First: Nord Stream 2 is an economic project of several European companies to secure our energy supply. Second: sanctions against Russia should be imposed if the pipeline is politically abused. Third: Germany stands by its responsibility towards Ukraine,” he told Die Welt.