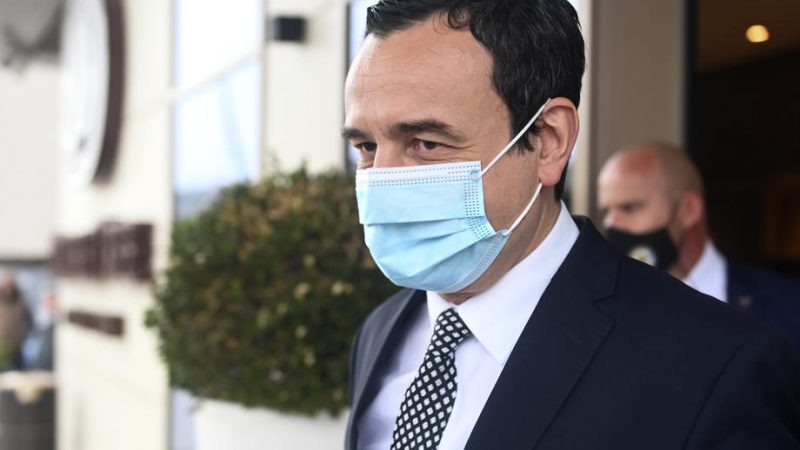 Countries in the Western Balkans have been asked to counter Serbia’s possible threats to regional stability and security by Kosovo’s top diplomat. [EPA-EFE / GEORGI LICOVSKI]

Countries in the Western Balkans have been asked to counter Serbia’s possible threats to regional stability and security by Kosovo’s top diplomat.

Foreign Minister Donika Gervalla-Schwartz urged her Albanian counterpart Olta Xhacka and other countries in the region to coordinate against Serbia’s alleged attempts to escalate tensions with its neighbours.

“Our northern neighbour, Serbia has toughened its stance in recent weeks and months, not only towards Kosovo but also against Montenegro and Bosnia. We must be aware and very careful in strengthening this fragile peace that we have in the region and not to disturb the stability in our region,” she said in a press conference held in Tirana, Albania.

Gervalla-Schwartz added that the five countries in the region, Albania, North Macedonia, Montenegro, Kosovo, and Bosnia and Herzegovina should cooperate more in all regional processes to achieve this.

Her statement comes following tensions in northern Kosovo after Serbia sent military vehicles and fighter jets to the border in September, over a license place measure imposed by Pristina to reciprocate the same measure applied by Belgrade.