Who can bring Poland out of isolation? 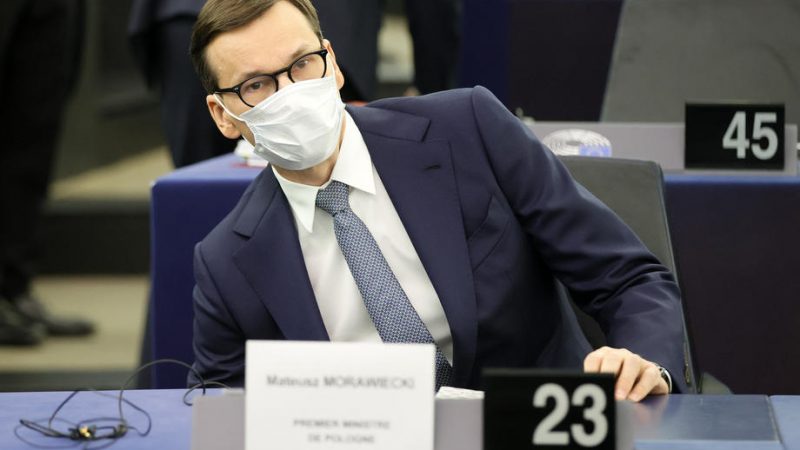 Poland is becoming increasingly isolated. Initially, Warsaw bet on Trump, but now it is Biden leading the US. It antagonised EU institutions and member states at a time when Visegrad’s cohesion was weakening. [EPA-EFE / RONALD WITTEK / POOL]

Poland is becoming increasingly isolated. Initially, Warsaw bet on Trump, but now it is Biden leading the US. It antagonised EU institutions and member states at a time when Visegrad’s cohesion was weakening. The PiS government has been digging a deep hole, from which it will be difficult to get out.

Relations with Russia are bad, and Gazprom declined to book extra capacity for Poland while signing deals with Hungary and Bulgaria. Poland can only count on Orbán’s Hungary on the topic of the rule of law, while other EU and EEA countries have halted judicial cooperation.

It has a convergence of interests with the Baltic countries on migration, but its refusal to let the Commission help and monitor the situation is unique. Its main ally seems to be Ukraine, which is engulfed in a fratricidal war and continuous tension with Russia, meaning it needs more help than it can provide.

Polish economic growth heavily depends on EU funds, private investments, and single market access. Its security rests on the US-NATO commitment, but the US’ strategic focus has shifted to the Indo-Pacific for good amid a geopolitical struggle against China.

It has joined some European projects within the EU’s Permanent Structured Cooperation on Defence (PESCO), but these are not a security guarantee. Poland’s approach to sovereignty does not fit with European integration on defence.

The Polish government’s attack on the primacy of EU law and the integrity of the EU juridical order brought widespread condemnation, talk of Polexit, and a €1 million daily fine from the European Court of Justice.

This helped the opposition rally behind Tusk, the former President of the European Council, and probably the Polish figure with the best relations with EU institutions and member states.