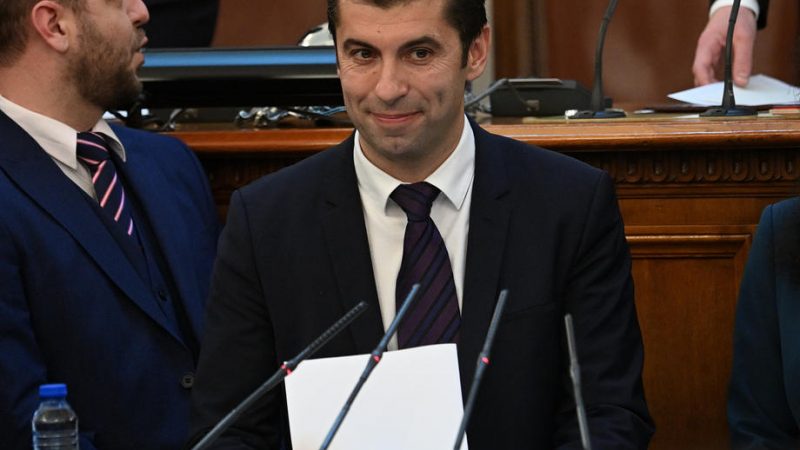 “I call on every Bulgarian citizen who really wants to help Ukraine to donate a salary like me. Words are easy, deeds are difficult, it’s time for Facebook posts to become funds for Ukraine,” Petkov wrote on the social media website. [EPA-EFE / VASSIL DONEV]

Bulgaria’s president, the prime minister, some key ministers, and most parliamentary political party leaders were quarantined on Tuesday because they came in contact with parliament president Nikola Minchev, who was infected with COVID-19.

A National Security Advisory Council was held on Monday. It outlined Bulgaria’s political position on the veto on European integration of North Macedonia. The meeting lasted over five hours. Immediately after it, it was announced that Minchev did not feel well and had tested positive for COVID-19.

The Chief State Health Inspector Assoc. Professor Angel Kunchev explained that all participants in the Council have isolated themselves, their tests are being checked, and an official order for the quarantine is expected to be issued by the health authorities.

If the quarantine is 10 days, as it was until Sunday, the swearing-in ceremony of re-elected President Rumen Radev (19 January) and Prime Minister Kiril Petkov’s visit to North Macedonia (18 January) are in question. However, politicians may take advantage of the new rules introduced on Tuesday which reduces quarantine to seven days for contacts. The condition is that the participants in the council do not have COVID-19 symptoms.

Prime Minister Kiril Petkov says he will visit Skopje this month to start dialogue with North Macedonia, but an exact date was not announced.

The largest opposition party, GERB accused Nikola Minchev of “total irresponsibility”. The President of the parliament is from the governing “Change continues” party.

“I consider the behaviour of Mr. Minchev, who was in the same room with each of us for over six hours and did not inform us that he was not feeling well and was likely to be infected, to be a sign of total irresponsibility to the health of all members of the Advisory Council”, commented the leader of the parliamentary group of GERB Desislava Atanasova on “Facebook”.

Atanasova added that the state would be left on autopilot. Former Prime Minister Boyko Borissov, who did not attend the meeting, advertised his behaviour by getting a booster vaccine and posting it on Facebook.

The case will particularly hurt nationalist “Vazrazhdane” leader Kostadin Kostadinov. His party plans a protest against the restrictive measures and the green certificate in front of parliament on 12 January. Now Kostadinov will be quarantined and will not be able to take part.

The photos from the Council meeting show he was without a face mask, and it is known he is not vaccinated.