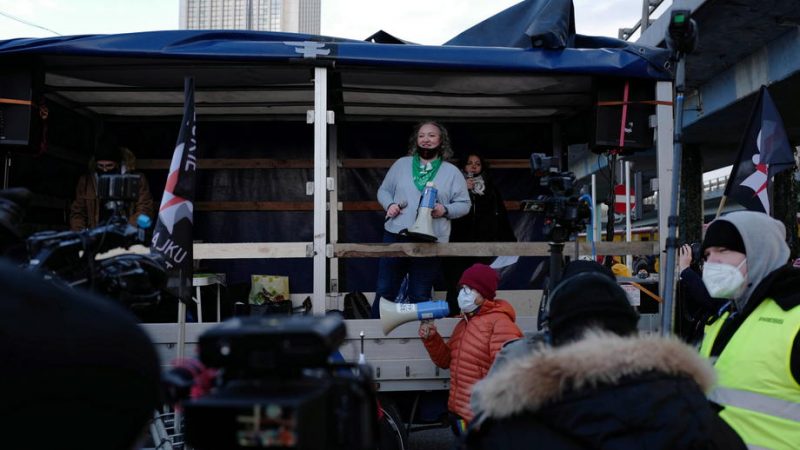 Leader of the Polish National Women's Strike Marta Lempart (C) takes part in a protest against the tightening of the abortion law during the International Women's Day in Warsaw, Poland, 08 March 2021. [EPA-EFE/Mateusz Marek]

Following the recent restriction of women’s rights in Poland, including the near-total ban on abortion that took effect in January, this year’s Women’s Day was marked with protests and demonstrations across the entire country.

The protests focused not only on the abortion law but also on greater state support for in vitro procedures and sexual education.

Signatures were collected under the civic draft law “Legal abortion without compromise” as well as various petitions and legislative initiatives addressed to local governments with demands for in vitro funding, gynaecological procedures without a religious clause or even naming streets, squares and roundabouts after women.

Although the protest was relatively small compared to previous protests that took place in Warsaw at the end of 2020, this did not stop police from using barriers to keep the crowd in a limited area.

“Women’s Day in 2021 has a specific flavour,” said Women’s Strike co-founder Klementyna Suchanow. “After the abortion regulations were tightened, this holiday takes on the significance of a battle, just like in the beginning when it was first established, over 100 years ago,” she added. (Joanna Jakubowska | EURACTIV.pl)