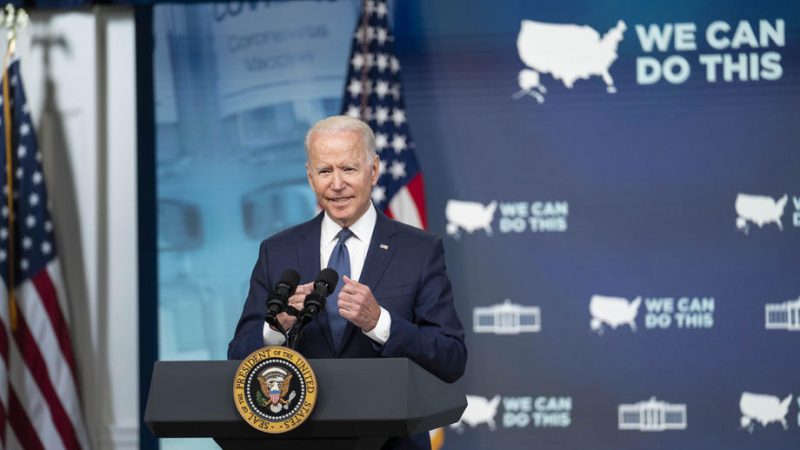 This is not the first time Kosovo has shown its gratitude to the US. [EPA-EFE/SARAH SILBIGER]

In the town of Urosevac, near the US military base Bondsteel, work has begun on a site set to host a statue of US President Joe Biden.

The statue, which costs €600,000, is a sign of gratitude for the US support in consolidating Kosovo’s peace and independence, according to an official statement from the city council. This is not the first time Kosovo has shown its gratitude to the US.

In 2019, on the occasion of the 20th anniversary of the entry of NATO forces into Kosovo, the bust of Madeleine Albright, former US Secretary of State (during the NATO campaign in former Yugoslavia), was unveiled.

There is also a statue of former president Bill Clinton, an avenue in Pristina is named after former US President George W. Bush and a street is named after Wesley Clark, the 1999 NATO military commander.