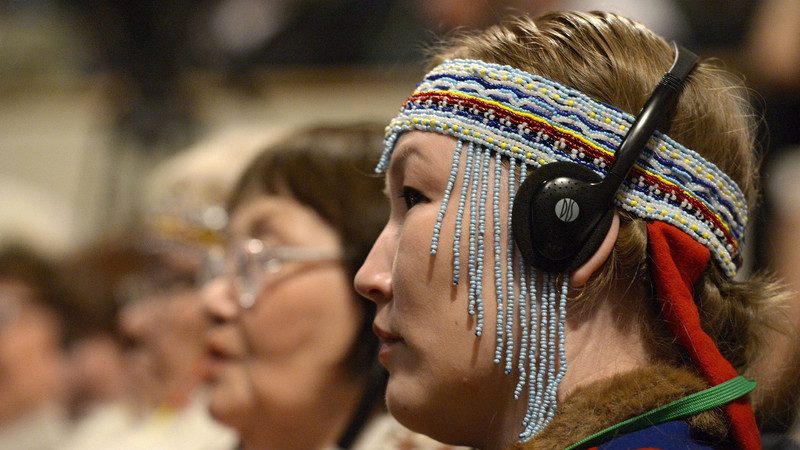 What unites the Finno-Ugric people are the Finno-Ugric languages. The language spoken widely by up to 24 million people consists of some fifteen groups, the largest ones being Hungarians, Finns and Estonians, the rest being scattered around Russia. [EPA/NOEMI BRUZAK]

The eighth World Congress of Finno-Ugric Peoples set to be held from 16 to 18 June in Tartu, Estonia has been accused of unfounded criticism towards Russia, a patronising and arrogant attitude and interfering with Russia’s internal affairs by the Association of the Finno-Ugric Peoples of the Russian Federation, who have said they have withdrawn their participation in the event as a result.

What unites the Finno-Ugric people are the Finno-Ugric languages. The language spoken widely by up to 24 million people consists of some 15 groups, the largest ones being Hungarians, Finns and Estonians, the rest being scattered around Russia.

Since the first one in 1992, the World Congress has been organised every four years. According to its principles, the focus has been on protecting and developing national consciousness, self-determination, cultures, languages and promoting cooperation.

Announcing at the end of April that they would boycott the congress, the Russian branch blamed Finland and Estonia for “interfering in the internal affairs of the Russian Federation and its peoples”.

Denying the accusations, Tõnu Seilenthal, a member of the Consultative Committee told global online magazine Estonian World that the news came as a surprise, adding that Russia will continue to support the Finno-Ugric people despite it creating an “iron curtain”.

“The registration date has been extended to 31 May. So far there have been no cancellations. The presidents of Russia, Hungary and Finland have been invited, but who will attend remains uncertain. If anything, the confusion tells about the increased tension in the area and Russia’s allergy to anything foreign,” Seilenthal added. (Pekka Vänttinen | EURACTIV.com)