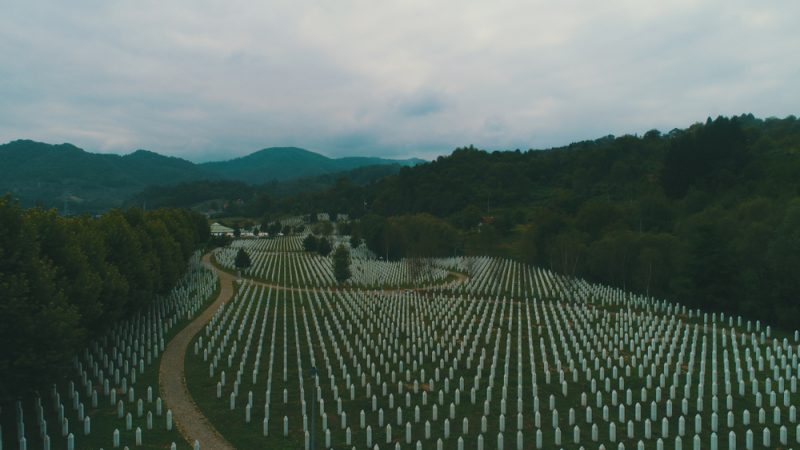 Rosenhaft was referring to the report on “Sufferings of All People in the Srebrenica region between 1992-1995” which was published last week by a commission headed by Israeli academic Gideon Greif, calling it an “embarrassment”. [Shutterstock/dotshock]

Bosnian Serb propaganda that downlplays the extent of the crimes committed during the war in Bosnia and Herzegovina (BiH) in the 1990s, including the genocide against Bosniaks in Srebrenica, is reminiscent of Nazi antisemitism, Menachem Rosensaft of the World Jewish Congress (WJC) warned on Thursday.

Rosenhaft was referring to the report on “Sufferings of All People in the Srebrenica region between 1992-1995” which was published last week by a commission headed by Israeli academic Gideon Greif, calling it an “embarrassment.”

EU officials have warned that the blocking of institutions in BiH which was announced by representatives of BiH’s Serb-dominated entity Republika Srpska after the law banning genocide denial came into force, is unacceptable.

The leader of the largest Croatian party HDZ BiH Dragan Čović also reacted to the comments, noting that the ongoing talks about the wartime period and related topics set aside BiH’s Euro-Atlantic path and that of electoral reform, despite it being about time for an agreement to be reached on the matter.

“Indications of such a crisis come almost on a daily basis from various centres of power,” the Croat leader said without specifying to whom he referred. According to the leader of HDZ BiH, not only the personnel from RS can be held responsible for the blockades.

Commenting on the decision that genocide denial is a crime, Čović said that every war crime deserves condemnation and that courts are to have the final say in such cases.