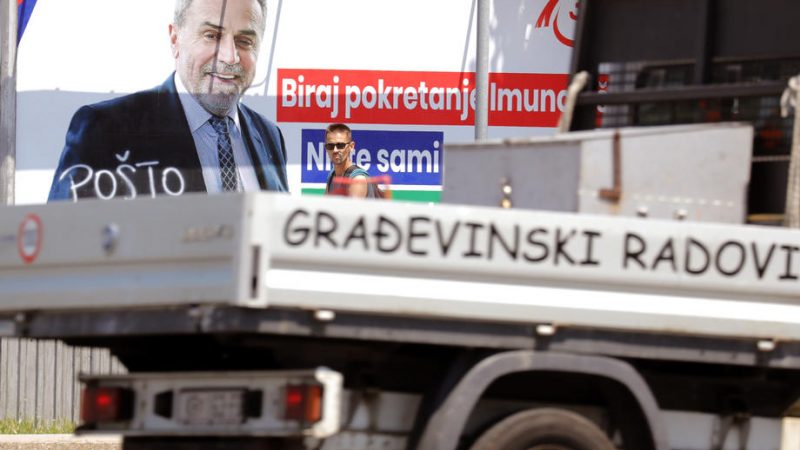 Bandić, whose poor health was a well-known fact, suddenly died from a heart attack on Sunday. [EPA-EFE/ANTONIO BAT]

The sudden death of Milan Bandić, Zagreb’s Mayor for an uninterrupted 20 years and a controversial figure, is likely to have quite an impact on the country’s politics and has thrown the mayoral race in this spring’s local elections wide open.

Bandić, whose poor health was well-known, died from a heart attack on Sunday. Bandić started his career in SDP (S&D), became chief of the Zagreb SPD section and in 2000 – after HDZ lost elections at the national level – provoked local polls and won. Bandić left the SDP in 2009 when he decided to run in the presidential elections against the SDP’s Ivo Josipovoć at the time, but lost in the second round.

Bandić, who was seen as a populist without a clear ideology but built a strong political and business network. However, in the last two years, his political clout started to slide, particularly as his party, the Bandić Milan 365 – Labour and Solidarity Party failed to enter the Sabor (parliament) after last year’s national elections.

Although the date of the local elections in Zagreb has not yet been determined, 11 candidates are currently in the race for Zagreb mayorship.

Obtaining the Zagreb mayoralty will give the winning party a great deal of clout, including at the national level.

According to Professor Nenad Zakošek from the Faculty of Political Science of Zagreb University, who spoke to EURACTIV’s partner Jutarnji list, one of the bigger problems for the new city government will be the “interest structures in Zagreb that are partly intertwined with criminal networks and which will be difficult to dismantle.”

For his part, Prime Minister Andrej Plenković “made certain changes in the HDZ, but at the level of dismantling interest and corruption networks, he did nothing. He has simply accepted interest structures established at the local level or in some sectors and ministries and always defends them until the investigating authorities expose them until the scandals break out in public,” said Zakošek

“He is probably somehow aware that his position depends on not touching those structures. Bandić’s departure, however, opens a chance in Zagreb for these interest and criminal networks to begin to be dismantled. This is a great chance not only for Zagreb but also for Croatia”, the professor added. (Željko Trkanjec | EURACTIV.hr)