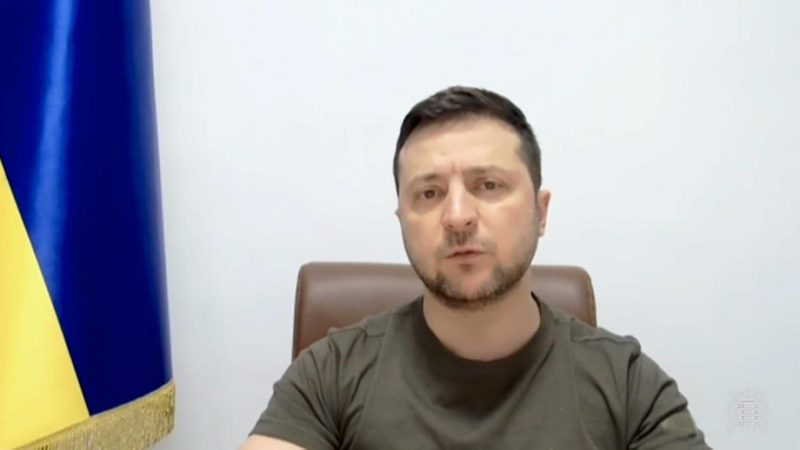 Ukrainian president Volodymyr Zelenskyy warned against a possible occupation of the Swedish island of Gotland and thanked Sweden for its support in the war against Russia in his speech to the Swedish Riksdag.

On Thursday (24 March), Ukrainian President Volodymyr Zelenskyy said that Russia could also act against Sweden – and that Moscow had discussed how to occupy Gotland.

“Russia has started discussing how to occupy Gotland, your island,” he told Swedish lawmakers.

Gotland is an island in the Baltic Sea off the coast of Southern Sweden. It is a tension point between Russia and Sweden as the island is located between St. Petersburg and the Russian exclave of Kaliningrad.

President Zelenskyy also thanked the Swedish Parliament for the support it has provided his country and called for help to rebuild Ukraine after the war.

“Ukraine must be rebuilt after this massive destruction caused by the Russians. The millions of Ukrainians who fled want to come back, but they must have something to come back to.”, she said.

“It was a mixture of profound seriousness but also an infectious optimism about being able to rebuild his country. I think all European countries are extremely keen to contribute, but we are not there yet, we are in the middle of the war,” he said.

“I am pleased that we have agreed to strengthen the Swedish defence and that we are starting to have a serious discussion about NATO and our future as members,” she said.