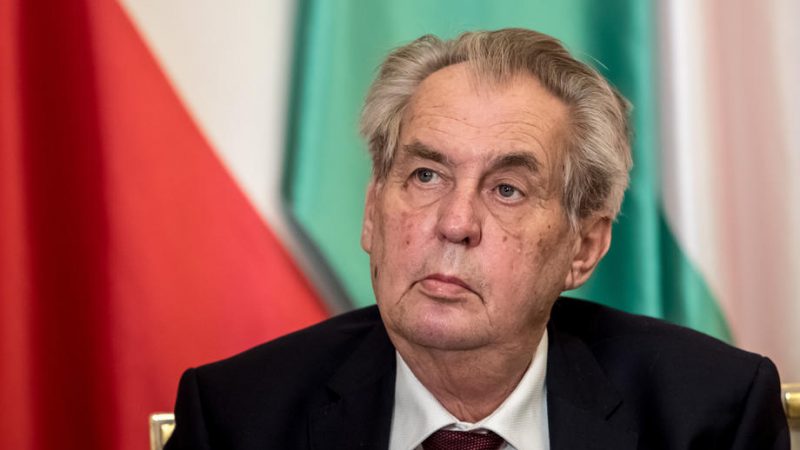 Czech President Milos Zeman attends a press conference after the Visegrad Group (V4) President summit in expanded format with the presidents of Serbia and Slovenia at the Lany Chateau in Lany, Czech Republic, 03 October 2019. [EPA-EFE/MARTIN DIVISEK]

Czech President Miloš Zeman considers the US and NATO decision to withdraw troops from Afghanistan a mistake, the president’s spokesman said on Thursday in a statement for the daily newspaper Pravo.

Zeman had always defended the role of allied troops in Afghanistan as an effective way of fighting Islamic terror, the spokesman added. Zeman has frequently spoken of the danger of international terrorism.

US President Joe Biden announced on Wednesday that the US and other NATO troops would start pulling out of Afghanistan at the beginning of May in a gradual withdrawal planned to last until September.

Czech Defence Minister Lubomír Metnar said his country respects the decision and will continue to assist the fight against international terrorism in the future. (Ondřej Plevák | EURACTIV.cz)

One response to “Zeman calls withdrawal from Afghanistan ‘a mistake’”