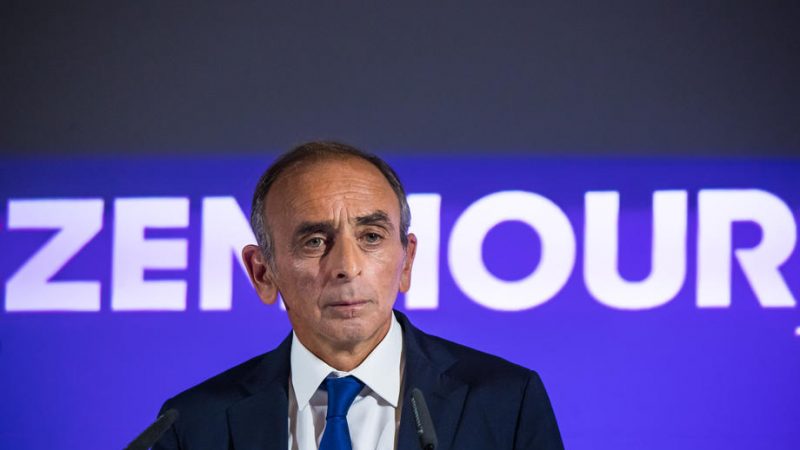 Zemmour on 17 January 2022 was found guilty of racist hate speech by a court and fined to 10,000 euro. [EPA-EFE/CHRISTOPHE PETIT TESSON]

The Paris Criminal Court slapped far-right candidate Éric Zemmour Monday with a €10,000 fine for his comments on young migrants. He will appeal this decision, which he considers “ideological and stupid”.

The judgement against Zemmour follows comments he made about migrants on the news channel CNEWS, where he said, “they have nothing to do here, they are thieves, they are murderers, they are rapists, that’s all they are, they should be sent back and they should not even come”.

He reacted by denouncing a system that “manufactures opinion crimes” and “tightens the noose on freedom of expression and on democratic debate a little more every day”.

Zemmour has accumulated legal proceedings for similar statements and was convicted of inciting racial hatred in 2011 and inciting religious hatred in 2019.

Also, on 20 January, he will be tried on appeal for “contestation of crimes against humanity”, for saying that Pétain had “saved” French Jews. In the first instance, he was acquitted.

Other legal deadlines await the candidate at the end of 2022 and in 2023: he is being sued for “racist insults” by Hapsatou Sy, whose name he considered to be an “insult to France” and also for aggravated defamation after his comments on “the feminist movement and the LGBT movement [which] have “enslaved the State to their ideology and their whims”, and “will disintegrate society”.