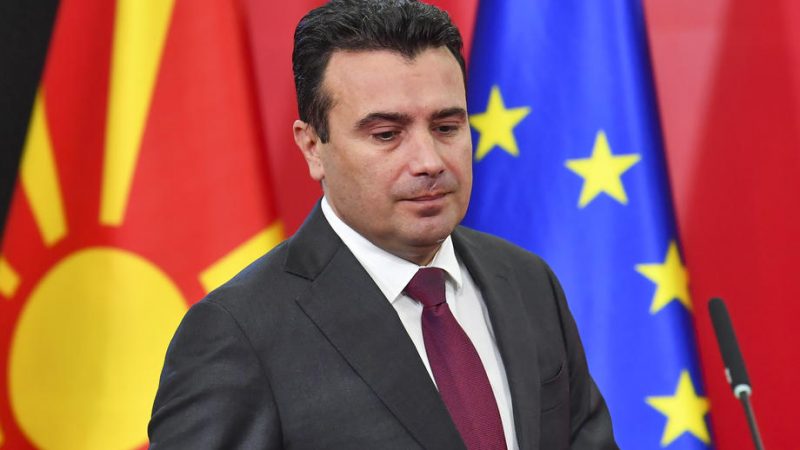 Zoran Zaev has officially resigned as Prime Minister of North Macedonia, sending his resignation letter to the Speaker of parliament. Dimitar Kovačevski, a 47-year-old Harvard-trained economist and the ruling SDM’s newly elected leader, will replace Zaev as acting Prime Minister until mid-January.

Zaev served as PM from May 2017 to January 2020, signing and implementing the Prespa Agreement with Greece that led to the country name change – the attribute ‘North’ was added – and the removal of Athens blockade on NATO membership. After France, among other countries, blocked starting the EU membership negotiations in 2019, Zaev resigned but won the elections in 2020.

Once parliament formally accepts Zaev’s resignation, President Stevo Pendarovski will have 10 days to hand the mandate to form a new government to the SDSM-led coalition while VMRO-DPMNE, the main opposition party, is demanding early elections.

The SDSM leader would then have 20 days to form a government that has the backing of majority MPs.

Zaev decided to resign in mid-October following SDSM’s poor showing in the local elections, the loss of the capital Skopje being one of the main reasons.

His decision opened a Pandora’s box with Hristijan Mickoski, leader of VMRO-DPMNE, trying to find a new majority in Sobranje.

There were rumours that some western countries influenced the postponement because of the contacts VMRO-DPMNE has with Hungarian PM Viktor Orbán.

Political adversaries, including Defence Minister Radmila Šekerinska, see Kovačevski as Zaev’s puppet, confident that the ex-PM will come back before the elections in 2024.

Kovačevski, when elected, will face several problems, including the COVID-19 crisis, the energy crisis as North Macedonia produces 80% of its electricity in coal-fired plants and imports a third of its energy needs, as well as the Bulgarian blockade it faces in EU accession talks.

Zaev’s resignation paves the way for resuming talks with Sofia with new energy.

Bulgaria also has a new prime minister, Kiril Petkov, who wants six months to resolve the veto problem with Skopje. Zaev’s resignation could help accomplish this task because there has been significant mistrust of Zaev in Bulgaria.

During the last year, Skopje has not given any signals that it intends to do anything to resolve bilateral issues, relying on US and EU pressure on Bulgaria, which has so far yielded no results.