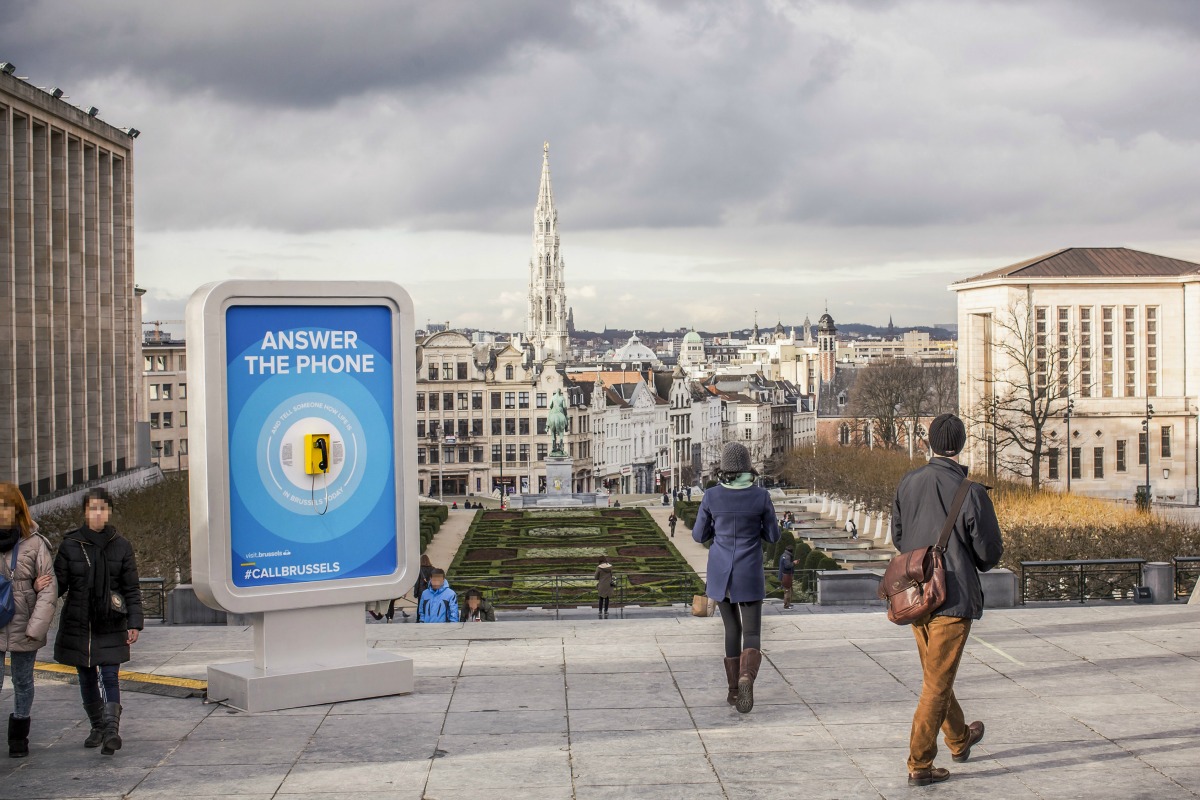 A new campaign was launched on Thursday (7 January) to convince tourists that Brussels is now safe to visit after the city hosting the EU institutions was paralysed by a lockdown in November following the terrorist attacks in Paris.

“There has been a noticeable decline in the number of foreign tourists in the Brussels-Capital Region since the infamous ‘Brussels lockdown’,” according to visit.brussels, the city’s tourism agency, which initiated the campaign.

This has had “serious consequences, particularly for players in the tourism industry,” with international media portraying Brussels as “a war zone that tourists would do well to avoid,” it said in a statement.

The #CallBrussels campaign will seek to restore the city’s image by opening yellow telephone boxes across three emblematic locations in the city — the Mont des Arts, Place Flagey and the town square in Molenbeek.

Passers-by will be able to call volunteering local residents who “are well placed to reassure tourists” about the security situation. The conversations will be broadcast live on www.call.brussels and followed by a series of video clips that will be promoted in media outlets of “priority countries” as well as social media.

“We don’t want the image of a city with troops in the streets anymore,” said Patrick Bontinck, CEO of visit.brussels, during the official presentation of the campaign on 7 January.

“We want to give the floor to those who live in this region” so that they can testify about the real living conditions in Brussels, added Rudi Vervoort, the President of the Brussels-Capital Region.

Brussels’ image was seriously tarnished after the Paris attacks, when prosecutors identified one of its neighbourhoods, Molenbeek, as a basecamp for the terrorists.

It was further deteriorated after a series of communication mishaps surrounding a lockdown which paralysed the city for almost a week, with shops, schools and public transport completely shut down for several days.

“In today’s world, everything is about image and communication,” said Rudi Vervoort, the President of the Brussels-Capital Region, at the presentation of the new campaign.

Vervoort underlined the “extraordinary gap” between the city’s dreadful image conveyed in the media and the reality on the ground. “There was some Brussels-bashing,” Vervoort conceded, adding at the same time that the campaign was not an attempt at “denying the security threat” that continued to exist.

Laurette Onkelinx, a former deputy prime minister who is now a National Deputy and President of visit.brussels, was less nuanced and flatly accused federal authorities of overreacting when they imposed the lockdown.

Responding to a question from EURACTIV about the current level of the security threat in Brussels, she said “the lockdown was not necessary” and that things were now back to normal. New security measures had since been introduced on international trains, she said, including on the Thalys service to Paris, where a gunman was subdued last August, narrowly avoiding more bloodshed.

Still, Belgium’s image suffered heavily, with international media exposing the poor coordination of the country’s police forces, which are exacerbated by the country’s linguistic and administrative divisions.

The current security alert level is still maintained at 3 on a scale of 4, however, meaning the risk of a terrorist attack is still considered high. But lowering the alert level is a decision that only the federal government can take, Vervoort said.

“I think a genuine discussion needs to take place about the [terrorism alert] classification level to ensure greater transparency, readability and understanding by the common man,” he said.

The nationwide threat level in Belgium was raised to Three ? "Serious" ? after the November 13 Islamic State attacks in Paris, which involved at least two suicide bombers from Brussels.

From 21 November, the country's capital, Brussels, spent six days on maximum alert, bringing the city to a standstill. The security threat was maintainted at the highest level of Four until it was lowered back to Three, on the 26th.

The lockdown caused shops, schools and public transport to shut down, causing major disruptions that cost the country 350 million euros, according to the Belgian entreprise federation, FEB. Metro and schools reopened on the 25th.

The European Union, which are headquartered in Brussels, was also affected with "non-essential" meetings cancelled.