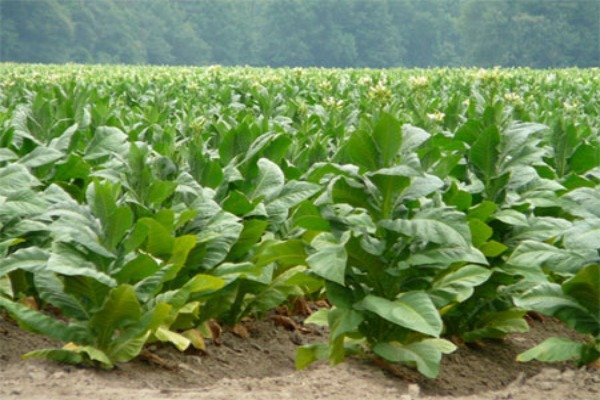 The arguments against the introduction of tighter regulations on additives and flavours in cigarettes, set to be introduced by the European Commission next year, were launched at a debate in the European Parliament which saw angry clashes between MEPs.

The new rules are likely to clamp down on additives and flavours used in Burley, the most commonly cultivated leaf in the 13 tobacco-farming EU member states, of which Italy, Poland, Bulgaria and Spain are the largest producers.

Hungarian Socialist MEP Kinga Göncz, who sits on the Parliament's employment committee, said that 50% of the 20,000 seasonal tobacco workers in Hungary are unskilled Roma.

She said that cultivating tobacco offers them almost their only opportunity for work, adding: "When we discuss the directive we need to discuss these employment aspects situated in the regions of Roma, and if we are planning any kind of changes these should be done on a step-by-step basis."

Illés Bényei, president of Hungarian Tobacco Growers' Association, told the meeting that tobacco cultivation created a secure and a crime-free environment for Roma workers, many of whom were women. He added: "This is important for the EU's Roma inclusion strategy."

Tobacco growers also pleaded the case of non-EU countries, claiming that African producers would suffer from the introduction of new rules.

Antonio Abrunhosa, president of the International Tobacco Growers' Association, told the meeting: "We are discussing trade-offs […] Malawi relies on Burley tobacco for 70% of its GDP, and half of its population are employed in the industry. If some of the ingredients are banned it would have no impact on consumption, since the contraband market will increase, but in Africa more than four million workers could be directly affected, and the EU will have to help out.”

EU Health Commissioner John Dalli hit back, saying: "Farmers must protect their jobs but we must protect lives. Here we are talking about aggressive marketing to induce more people to smoke when it is a proven health risk. You talk about trade-offs, but am I being asked to trade human lives for about 20,000 part-time jobs?"

Tobacco rules will light up the mafia

Lobbyists also warned that tighter rules would benefit the mafia.

François Vedel of the International Union of Tobacco Growers said: "If I was in the mafia I would be investing in this business because some of the best-known brands will have limited access to the markets [if new rules are introduced] and the smokers will simply use contraband."

He added that the contraband would include genetically modified tobacco from China.

The debate saw angry exchanges between MEPs, indicating that attempts to bring in new rules next year will be fiercely fought in the European Parliament.

Greek Socialist MEP and agriculture committee member Spyros Dannellis wondered whether new rules would really protect public health or simply "punish Burley growers". He added: "It's difficult to swim against the ideological current especially when political correctness dominates. This is an ideology that takes its toll on our everyday decisions."

But Irish Socialist MEP Nessa Childers hit back: "While all have the right to breathe, we also have the right not to listen. The idea that ideology can be confused with concern for life is absurd […] you have revealed how you will use these tactics, and I for one will not be listening."

"Narco-trafficking is a real problem in the Eastern European countries," said Hungarian MEP Csaba Tabajdi (Socialists & Democrats), who hosted the event in the European Parliament.

"Public health is very important but we have to consider also the effects on illegal trade, that may not be an issue so much in islands like the UK and Ireland, but in south-eastern Europe it is significant. We can forbid booze and prostitution and cigarettes, but unfortunately these important institutions will continue to operate," Tabajdi concluded.

"New rules forbidding the addition of sugars and flavours to Burley tobacco could result in comparably large losses to the European market," according to Hermanus Versteijlen, director of the economics of agricultural markets at the European Commission.

He explained: "Because the main competitor to Burley – Virginia tobacco – does not lose sugar during the drying process, and therefore requires fewer additives."

"I have worked in the health sector and as a trade unionist, and I have worked for employees in the tobacco industry, and we know the costs to human lives," said MEP Glenis Willmott (UK; Socialists & Democrats), a member of the environment committee.

"It just does not make sense and I am surprised [by the lobbyists' arguments] because our prime concern should be the health of our citizens. There is a big lobby to try to delay this directive from coming forward, and I want to know how soon we will see it come," Willmott concluded.

"There is a myth here that needs to be dispelled about the fact that the banning of additives and flavours in tobacco will have an effect on the growing of Burley," according to Florence Berteletti Kemp, of the EU tobacco control group Smokefree Partnership.

She added: "There are many countries where the use of flavours with tobacco have been restricted – such as the US, Thailand and France, where there has been a minimal effect on Burley use, and indeed it is possible to use Burley without additives."

Thirteen EU member countries produce tobacco – with a few regions in Italy, Greece, Spain and Bulgaria being particularly active. The 27-member EU currently produces about 250,000 tons of raw tobacco annually, making it the world's fifth-largest producer after China, the US, India and Brazil.

The EU's production represents 5% of worldwide production. Italy is the biggest EU producer (36% of the 27 EU member countries' total production), followed by Poland (16%), Bulgaria (12%) and Spain (12%).

The amount of arable land devoted to tobacco production in the EU is shrinking rapidly (currently some 115,000 hectares cultivated by approximately 80,000 producers). On average, each producer cultivates a mere 1.40 hectares of tobacco.

The EU is the world's biggest tobacco importer (400 000 tons annually – more than 20% of world imports) and its fourth-biggest exporter.

Dalli is set to bring forward amendments to the existing Tobacco Products Directive next year. He has indicated that the new rules will cover potentially harmful non-tobacco products – such as electronic cigarettes – aroma-sweetening flavourings added to tobacco, advertising, packaging, and the way tobacco is marketed in shops.