No comment on ‘boring’ Commissioners and ‘friendless’ Selmayr report 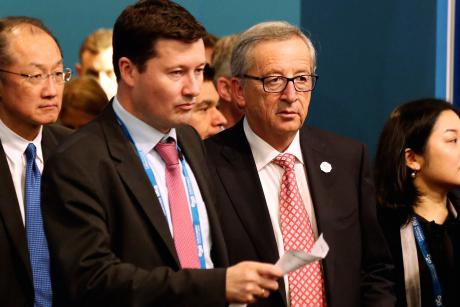 The Commission refused to comment Tuesday (13 December) on an explosive Finnish media report that President Jean-Claude Juncker regards some of his colleagues as so boring they are effectively “walking sleeping pills”.

The report, published in the Helsingin Sandomat by Brussels correspondent Pekka Mykkanen, was ostensibly a profile portrait of Juncker’s chief of staff, Martin Selmayr.

In it, Selmayr is cited as saying his boss, Juncker, thinks some of his 28 Commissioners are so boring he calls them “walking sleeping pills.”

Asked separately by euractiv.com if it was true that – as according to the profile – Juncker’s abrasive chief of staff Selmayr had “no friends” in the Commission, the spokesman merely repeated that answers on speculative press reports were not commented upon.

Selmayr, a 46 year old German lawyer, is widely seen as more powerful than many of the low-profile Commissioners and, as gatekeeper to access to Juncker himself, in possession of much-unwritten power.

He seldom makes public appearances, but did appear before journalists in the early hours of the morning of the first summit after the Brexit vote in June, holding court with a series of highly-detailed, highly-polished and aggressive rapid-fire answers.

In the Finnish story, Selmayr is cited as saying that “Juncker has no time for mediocrity. He may shout at Commissioners if he finds out that they have not done their homework.

The report continues: “According to Selmayr, Juncker finds some of the Commissioners simply boring, calling them ‘walking sleeping pills.’

“Some people come here and bore the president, and then he doesn’t want to see them again. Not everybody is of added value to him.”

A previous Politico profile of Juncker earlier this year quoted outgoing Budget Commissioner Kristalina Georgieva as calling the atmosphere around the Juncker/Selmayr axis as “poisonous”.

She later denied making those comments, although Politico stands by its story.

Selmayr, in the Helsingin Sandomat story, described the American news outlet as a “gossip paper”.