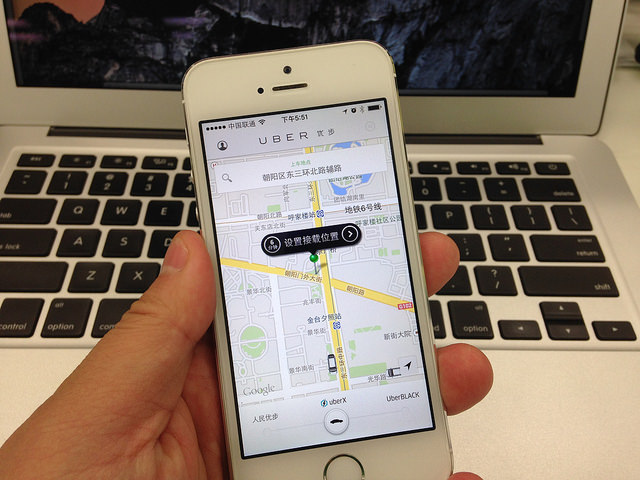 Uber’s director of public policy for Europe, Simon Hampton, suggested on Wednesday (1 July) that he sees a chance at winning over governments pursuing legal action against the company.

“If you’re in a city Uber hasn’t come to yet, then creating a group of people to say they want Uber and to put pressure on local politicians – that’s hard,” Hampton said at a panel discussion in the European Parliament.

“If you’re in a city where Uber has been and is about to be taken away from, possibly you’ve got the capacity to persuade people to come out and speak up,” he added, telling listeners to “read between the lines” in his statement.

Last week, Uber managers Thibaud Simphal and Pierre-Dimitri Gore-Coty were arrested in Paris following a taxi drivers’ strike against the company’s ride sharing services, which turned violent in some parts of the country.

The two executives will face trial in September for Uber’s on-demand service UberPop, which was outlawed in France earlier this year, but will stay in use until the company’s appeal in the fall.

UberPop allows users of the app to book rides with drivers approved by the company. Taxi drivers in a number of European cities have spoken out against UberPop’s less regulated, amateur drivers, who they say have an unfair market advantage.

Uber has faced legal inquiries in the Netherlands, Germany, Spain, Belgium, Italy and Portugal over the last year. The company responded by filing complaints with the European Commission against France, Germany and Spain.

>>Read: ‘Uber Chief: Uber and Europe is definitely a conversation worth having’

But the legal backlash isn’t restricted to Europe. Hampton underplayed last week’s events in France, suggesting they marked only a small dramatic uptick compared to previous reactions against Uber.

“We are a San Francisco-based company and we’ve struggled in San Francisco as we have in New York and in other cities too,” Hampton said.

“A year ago, I think our American colleagues would have said that they were facing a broadly similar situation to that which Uber is facing in Europe today. You could argue it’s perhaps a little bit more grave now, especially since this week’s news.”

Last month, a California court ruled that Uber must treat its drivers as employees and not as freelancers.

Drivers’ incomes are another sore point in Europe. While Uber argues it gives work to drivers, its executives avoid saying the company creates jobs, which could subject it to labour regulation.

The European Commission announced in its digital single market plans this May that it will start investigating the sharing economy later this year. ‘The sharing economy’ generally indicates services like Uber and AirBNB.

Hampton said Uber has put tens of thousands of people to work and criticised French overregulation as a barrier to that trend. In Paris, Hampton claimed, there are proportionally half the number of taxis than in other cities with more liberal policies.

“You would imagine that in today’s day and age, being able to double the number of workers in an industry is something that a politician would go for. And yet they don’t,” Hampton said.

Uber was a buzzword at the European Parliament on Wednesday. On the same day as Hampton’s appearance, Antoine Aubert, another public policy director for the company, also emphasised in a different Parliament discussion that the company creates work, but not jobs.