A roadmap to transparency and away from Sir Humphrey

By Sophie in 't Veld | EURACTIV.com 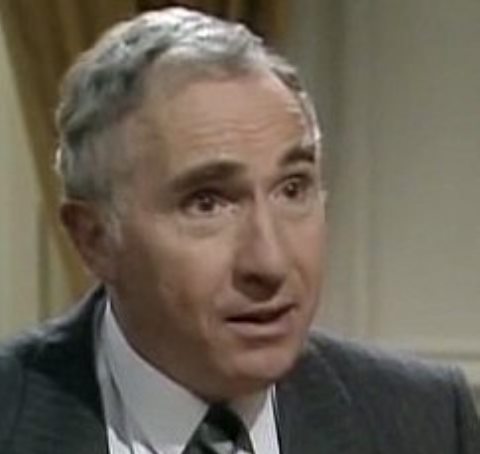 The culture of European Union institutions need radical change to deliver the transparency that is vital to restore citizens’ trust, writes Sophie in ‘t Veld.

Sophie in ‘t Veld MEP is a member of the Dutch social liberal party Democrats 66 and of the ALDE group in the European Parliament.

Sir Humphrey Appleby to Prime Minister Jim Hacker: “Open government, Prime Minister. Freedom of information. We should always tell the press freely and frankly anything that they could easily find out some other way.”

This quote illustrates perfectly the attitude of the EU institutions to transparency. For over half a century, European integration was driven by diplomats and civil servants. As a consequence, the culture in the institutions was marked by discretion, confidentiality and secrecy.

Today, the European Union is rapidly developing into a fully-fledged political union and parliamentary democracy. Citizens are more assertive and vocal, taking ownership of the process, and giving shape and direction to the EU of today. The old culture of secrecy is increasingly giving rise to distrust. Transparency and accountability are preconditions for a true democracy.

Trust in government and politics, both national and European, is at an all-time low, and the key to restoring trust is transparency. People need to be able to see what their European representatives are doing, how and why decisions are taken. The culture in the EU institutions needs a radical change. Europe needs a true culture of transparency, a change in mind-set.

Bringing about a change in work culture is easier than it sounds. Though most people would subscribe to the principle of transparency, there is great reluctance to put it into practice. Let’s face it; public scrutiny is awkward. It is much easier to operate freely behind closed doors, without nosy citizens interfering, criticising, asking questions.

Institutions that have operated like this for many decades, feel their kingdoms, their prerogatives, are under attack by the calls for more transparency. And sure, in some cases there may be very good reasons for confidentiality or secrecy. For example for purposes of security, or the protection of a negotiating strategy. But there is a tendency to systematic over-classification. Out of habit, more than anything else. Sir Humphrey will not let go of his privileges easily.

Some politicians think change is expensive or time consuming, but some measures aiming for more transparency are simple and cheap. For example, every European institution and agency should designate an official as transparency officer, responsible for compliance, for improving the handling of access-to-documents requests and classification practices. The transparency officer in each institution has to bring about a true culture of transparency. Transparency must become a key objective, instead of something to be avoided. A transparency officer can be appointed from within the administration, so it does not have to entail any additional cost.

Another obvious measure is the pro-active online publication of all non-classified documents, in an accessible format. This will reduce the number of access-to-documents requests and narrow the requests to specific documents.

I am sad to say, I have some experience litigating in court to get public access to documents that were classified by the institutions. The entire process is cumbersome, time consuming and often unsatisfactory. In my cases, it took an average of four to five years from the first request to a final judgement. A comparable FOIA case on my behalf in the US took less than a year.

Such a heavy procedure is prohibitive for most people. In practice the right to access to documents is effectively a dead letter. Some transparency case law has been generated, and I suspect more people will challenge secrecy in court. But the institutions are reluctant to apply the court rulings. The Council has a tendency to ignore case law or to find legal tricks to circumvent it (as in the ruling on the Access Info case). Barroso’s Commission refused to support Parliament in its calls for a reform of the Transparency Regulation, with a resulting stalemate between Commission, Council and Parliament for several years now.

The Juncker Commission will start with a clean slate. The statement of President-elect Juncker in July in Parliament left me hopeful, when he referred to the need for more transparency in the TTIP negotiations. Juncker also gave his first vice president, Frans Timmermans, the responsibility for making the European Commission more transparent.

Timmermans has always been a strong advocate for more openness, so I hope he will put his money where his mouth is. He can count on the support of Parliament for creating a true culture of transparency.

Europe is going through the most turbulent period in its existence and the world is changing rapidly. We need strong EU institutions, able to act and meet the immense challenges of today. To that end, the EU must have the trust of the citizens. Transparency is the key to trust.

Sorry Sir Humphrey, you are a man of the past. Transparency is the future.