By Alberto Alemanno and Benjamin Bodson 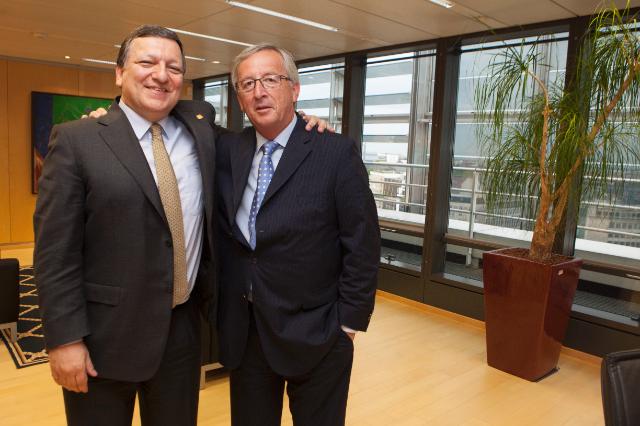 Contrary to the salvific rhetoric embraced by the Juncker Commission there are legal obligations preventing José Manuel Barroso from taking up his job as non-executive chairman of Goldman Sachs, write Alberto Alemanno and Benjamin Bodson.

In post-Brexit Europe many people might lose their job, but in the meantime someone got a new one.

Former Commission President, José Manuel Barroso, is about to take on new responsibilities as non-executive chairman of Goldman Sachs International. He was hired to advise the investment bank on how to react to and manage the Brexit shock.

Yes, you got it right: the former President of the EU executive is set to become the lobbyist-in-chief for the very same bank that first helped Greece to get into the eurozone and then speculated on the country’s successive misadventures.

Yet the ensuing furore and indignation among political leaders and some civil society organisations has quickly tempered.

Amid the EU Commission’s official statement providing its imprimatur to Barroso’s new job, virtually all observers have fretted to qualify this move ‘legal’. Once more, the dominant refrain is: let the doors revolve.

Contrary to the salvific rhetoric embraced by the Juncker Commission – and blindly echoed by most media outlet across Europe–, there exist legal obligations preventing Barroso from taking up the jobs and there are avenues to actually make that happen.

While the cooling-off period during which former Commissioners can’t “lobby nor advocate with members of the Commission and their staff for her/his business, client or employer” lasts for 18 months” (and Barroso left 20 months ago), there exists a deeper, long-lasting commitment “to promote the general interest of the Union and take appropriate initiatives to that end” (article 17 (1) TEU).

This duty translates into a duty “to behave with integrity and discretion as regards the acceptance…of certain appointments and benefit” (Article 245 TFEU) and not to disclose information (Article 339 TFEU). Both duties apply to Commissioners also “after they have ceased to hold office”.

To mitigate the personal and professional burden that those extra duties may have on their lives, former Commissioners receive (including Barroso himself) a transitional allowance for the duration of 36 months (not 18). This equals between 40 and 65 per cent of their final basic salary depending on the length of service.

When examined from this perspective, Barroso’s move does not only look politically inopportune but may also emerge as legally questionable.

How to then prevent him from taking up the job? We identify three major avenues available to make that happen.

To sum up, Barroso’s unwise move is slap in the face of all European citizens who continue to defend the European ideals even when their political leaders bash them. But it also signifies something bigger.

It epitomises what is wrong in our political system: our acceptance of the systemic imbalance in the representation of interests in the policy process. Why Goldman Sachs should benefit from Barroso’s experience, contacts and endless influence in the post-Brexit negotiations but not the public?

The timing and gravity of his action also provide a unique opportunity for EU citizens to channel their anger at something that looks increasingly indefensible in our societies.

Time has come for every actor involved – the EU Commission, the Member States, the Members of the European Parliament and the citizens – to de-normalise what we continue to accept as tolerable in our political space. Barroso’s legacy can still be saved, and possibly enhanced, should he accept that this time he is not fit for the job.