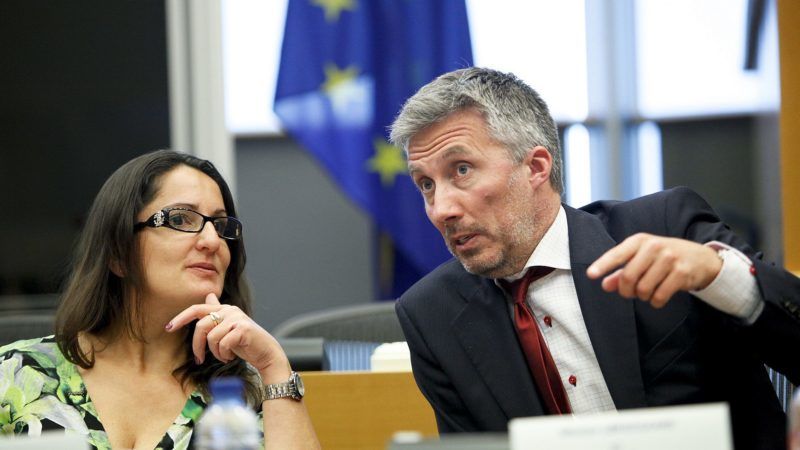 The European Accessibility Act – a landmark piece of legislation for Europe’s 80 million people with disabilities – goes to the European Parliament’s for a plenary vote on Wednesday (13 September) after lengthy and sometimes heated debates.

With the latest amendments passed in the past week, Danish Venstre MEP Morten Løkkegaard (ALDE), who is the rapporteur for the Act, is confident it will be endorsed in Parliament, though further debates are likely when the Council of the EU gets a say.

After the Internal Market and Consumer Protection Committee (IMCO) approved the Act on 25 April, disability groups were very unhappy, as well as some political groups in Parliament. What do you expect this week?

I tried to work very hard with the Social Democrats and the Greens so that they have no problems supporting the Act. Some new amendments have been put on the table a few days ago and it will be fair to say I tried to reach out to the SD and the disability environment. I think the reactions I got make me assume that we have an agreement.

What are the last-minute amendments?

When it comes to built environment, I went very far, part of the text that disability groups didn’t like has been put out, basically, we now have something they like. I have been questioning this line since I know many member states are against this and some already have legislation about built environment. But to create a strong mandate for myself, I had no other possibility than to follow the majority.

The third point was actually my red line. There have been some discussions about SMEs and micro enterprises. For me, this is by far the most important point since we have this derogation clause in article 12 and for me, the red line has been about securing that micro enterprises are not part of the scope. So this, I guess, is the compromise that I would hope for.

In my own group, we have a split vote on an amendment on notification by SMEs, how they are going to report back if they want to use the derogation clause, whether this should have a whole lot of documentation or whether the burden of proof should be on the authorities’ side. Here, in the compromise text, the possibility for us is to have an amendment talking about ‘reporting by mail’. So there is not going to be big red tape, but the companies will have to do it, that’s basically the compromise.

The segment of transport?

When it comes to transport, I think one can say that the Commission’s proposal had a lot of overlaps. The transport section is already heavily regulated with regards to people with disabilities. My report clarified this and I think they got the Transport Committee to approve on 28 amendments, all placed in the annex. That was the key for me, not to have too much double regulation. When doubts come up, and I hope they won’t, it will be the existing regulation that applies, the transport regulation and the revised AVMS (Audio Visual Media Services) directive.

But by far the most difficult discussion, both with the disability organisations and with the groups, has been the issue of the built environment because for many people with disabilities, this is the biggest challenge when coming to a station or a building,  that is still lacking in many member states. Now we had the opportunity to help there.

On the other hand, it is also a question of money, for many member states it would require substantial investments if they had to follow up on these rules. So I guess that is the key political question. Now we’ll see, but I think that by making these last minute amendments we made substantial compromises and my expectation would be that we have a great majority in the week to come.

Why do you think there will be trouble with the Council?

I have been talking to the Council during the process and the answers and reactions I got from the Council made no secret of the fact that many member states have big problems with the built environment part. You could also see it by the fact that the Commission’s proposal did not go into this very far. Already the commission saw this would be the sticking point. But on the other hand, it has been very clear from the start that for disability organisations it has been a red line all the way.

When can we expect the Trilogue?

We haven’t got the dates yet. I would expect in late autumn or early next year, so I would assume the Trilogue would start already before Christmas.

The proposal talks a lot about ticket machines. Does it take into account digital technologies like e-cards or smart cards, which may render the ticket machines obsolete in the not so distant future?

It is a very fair question and we discussed that very intensely. By making the text as it is, I think we’re trying to accommodate this development in the sense that the ticket machines will be outphased in due time, in some years.

And we have taken that into consideration in the text. Companies and member states do not have to make new machines available all over Europe now. Instead, they are encouraged to phase the existing machines out and then as time goes by find out whether the technology actually improves so that there will be different solutions in the future.

Personally, I have no doubt this will be the track that companies and member states will follow. So the text is future-proof in that we don’t make unreasonable demands on the ones that have to invest in those machines.

Do you think industry players should be free to decide whether they design accessible products and services, or should there be a set minimum level of accessibility? And should this minimum be harmonised for all Member States?

That is the basic question, the fundamental question. I guess this report, this initiative by the Commission, is basically about trying to find some level playing field when it comes to dealing with new products and services.

The problem is, dealing with disability and people with disabilities, it is basically also a social issue and since the EU does not have competence in this area, I think this is a good way to deal with it, by interfering in the area of the internal market.

But, by doing that, one has to take into consideration that we are dealing with two different approaches. One is to improve conditions for disabled people all around Europe. The other is to have a well-functioning internal market.

For me as the Rapporteur, this has been the key, to find the balance between these two exercises, improving the conditions but at the same time not interfering in the well-functioning internal market.

I think the good news is that many, many companies, especially the big ones, are already investing a lot of time and money in improving their products so that disabled people can actually use them. The only question here is whether the speed is sufficient. That is basically why we are doing this, to make a little push for the companies to understand it.

I don’t think we will end up in a harmonised situation all over Europe, this is basically a competence that the EU does not have at the moment.