The European Accessibility Act, the proposed law that would make products and services in the EU more accessible for persons with disabilities, is a unique opportunity for Europe, writes Catherine Naughton.

Catherine Naughton is the director of the European Disability Forum, an umbrella NGO representing some 80 million people with disabilities across Europe.

Not only will it give EU businesses the chance to take the lead on the world market for accessible products and services. It will also and more importantly start to pave the way for all EU citizens to participate in society on an equal basis with others.

The proposal of the European Commission does not bring up something unreasonable or even anything particularly new, it is rather a means to implement the United Nations Convention on the Rights of Persons with Disabilities that the EU and all its members states – except  Ireland – have already ratified.

So, is the proposed Accessibility Act really damaging EU businesses and imposing an undue burden on them? Having followed the discussions around the proposal over the last year, one could get the impression that businesses already do enough to improve their products and services, for example by providing assistance at train stations to persons with disabilities that wish to travel by train.

First of all, being assisted to travel and being able to travel independently are two completely different things. And besides that, businesses often fail to mention, this very assistance service has only been established because of EU legislation that obliges them to do so. Individual exceptions aside, businesses tend to act when they are obliged to do so by law. Of course having a law alone is not enough, but it is a basic precondition for a harmonised and efficient approach to achieve accessibility.

By complaining so much about the potential “burden” that the Act would impose, businesses as well as some decision-makers have lost track of the purpose of the Act. Having a horizontal EU law with clear accessibility requirements will make it easier to sell products and services on the EU market, which will in the end benefit both citizens and businesses alike.

While making a product or services accessible may cost money during the initial stages depending on the product or service’s type, it is clear that taking accessibility into account from the onset is actually only a very small cost. A recent German study has for example confirmed earlier findings of the Technical University of Zürich that constructing an accessible building only adds between 0.5 % and 1.5 % of overall construction cost of a new building.

But most important of all: making things accessible is not a cost per se; it is an investment. Accessibility is also not a “luxury”, it is an essential part of products and services that consumers in the EU are buying every day. Some decades ago, it was also considered a luxury to have electricity and running water at home. Nowadays we cannot imagine living without it, not to mention wireless internet.

In fact, the current discourse against the Accessibility Act is completely outdated: the USA has already had a similar piece of legislation for a quarter of a century and it clearly has not held them back in any way, especially not economically or in terms of innovation. The Americans with Disabilities Act (ADA) just had its 25th anniversary and it has, amongst other positive results, produced a 100% accessible bus fleet in public transport and accessibility standards for buildings. We would like to have these accessible transport services also here in Europe – the Accessibility Act, when implemented correctly, can also contribute to an environmentally sustainable Europe. 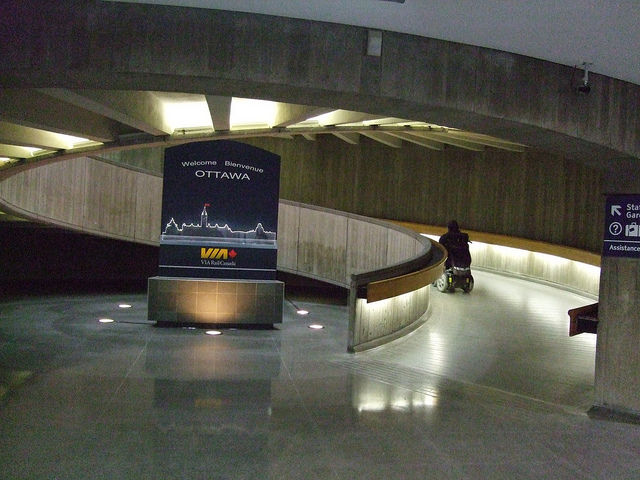 So, why is it that the Accessibility Act is portrayed as a law that will ruin the EU economy instead of seeing it for what it is: a business opportunity? The answer is most likely: politics. As we recently saw in the vote of the Internal Market Committee (IMCO) of the European Parliament on 26 April, the perceived interests of businesses were clearly put before the interests of persons with disabilities.

The IMCO Committee’s report includes numerous provisions that are unfavourable from the point of view of persons with disabilities. For instance, the report:

Ultimately, the IMCO report does therefore not only go against the interest of the EU citizens that voted for the Members of the European Parliament, but it also disadvantages European business in the long run. Therefore, it is high time to make the EU politicians realize that they are missing a business opportunity if they continue watering down and opposing the Accessibility Act.

The EDF therefore calls upon the members of the European Parliament and the member states to ensure that the core issues of the built environment, public procurement should be strengthened,  and that the blanket exemptions granted to certain groups of enterprises is deleted. If we want the EU to continue being successful as a project, it is not acceptable that a significant populations of Europeans are still being discriminated against on a daily basis.

We would like to see a Europe for all, and a strong Accessibility Act will demonstrate to us that the European institutions are promoting the rights of all of Europeans.