Austrian Airlines will cease operating its Vienna-Salzburg route, the flag-carrier announced on Thursday (2 July). Instead, the service will be replaced by more direct trains in an effort to honour the terms of the government’s recent bailout deal.

Up to 31 train services will operate daily between the Austrian capital’s main airport and Salzburg’s central station, without the need to change in Vienna, marking a tenfold increase in rail options as of 20 July.

As part of its €600 million bailout from the government, Austrian Airlines is obligated to make emission cuts and flights that can be substituted for a rail journey of three hours and under should be eliminated.

“Vienna Airport can be reached by train from Salzburg in well under three hours and without changing trains. This is why our AIRail offer is a good and more environmentally friendly alternative to flying,” said airline CEO Alexis von Hoensbroech.

Passengers are typically in the air for 45 minutes during the domestic flight which, coupled with the time it takes to reach the airport and security checks, means the train service falls within a competitive window.

It is not the first collaboration between an airline and a train operator. Last year, KLM teamed up with Dutch and Belgian rail companies to replace one Amsterdam-Brussels flight per day with a train service.

“With AIRail we offer our customers a continuous mobility chain, in which each mode of transportation can clearly play to its strengths. The additional AIRail connections will further enhance the flexibility of this environmentally friendly trip to Vienna Airport,” said Andreas Matthä, CEO of Austrian Federal Railways (ÖBB).

The route was already a success with travellers last year when Salzburg Airport’s runway was closed for a month for maintenance works. Travellers are also offered catering vouchers for use in the dining car and the journey can be counted towards air mile balances.

Crucially for passengers, the alternative rail service does not come at a cost to their rights to compensation, refunds and rerouting. If a connecting train or plane is missed due to delay, then customers will be booked free of charge on the next available service.

Problematic rail rights are one of the several obstacles preventing trains from competing fairly with air travel, according to transport experts, as passengers are not always able to rely on rerouting or through ticketing when travelling between countries.

EU negotiators are currently in the middle of talks aimed at updating the bloc’s rules but at a latest round in June, MEPs and national representatives failed to make any headway, due to significant differences in opinion over issues like compensation and disabled access.

The talks are expected to resume after the summer under the German presidency. 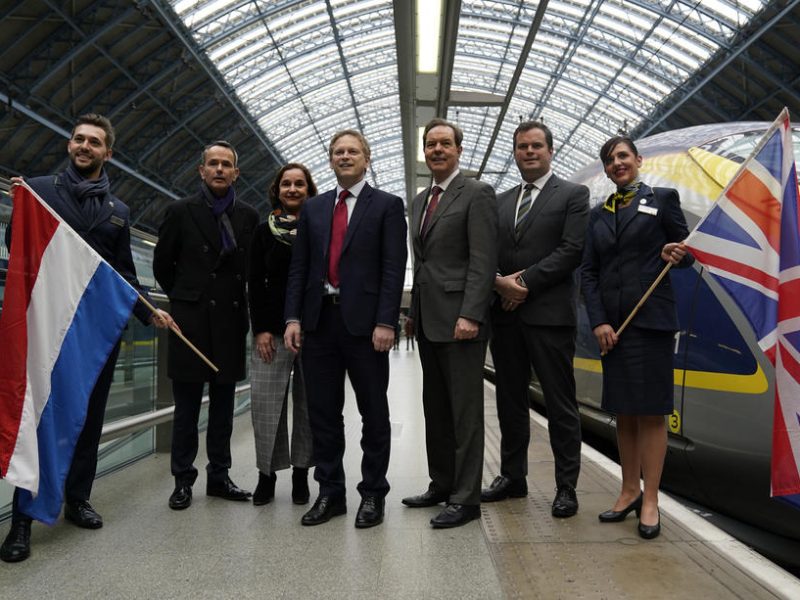