The Belgian capital could be a perfect hub for night-trains. [Photo: olrat / Shutterstock]

In an open letter to members of the European Parliament and Belgian lawmakers, ‘Back on Track Belgium’ urged politicians to prioritise night trains on trips up to 1,500km, impose a kerosene tax on aviation and iron out obstacles that currently stand in their way.

According to the letter, night trains are perfectly suited to trips of between 800 and 1,500km and their environmental credentials “are undoubtable”, as they emit 14 times less CO2 per passenger and per kilometre than a plane.

Brussels welcomed its first overnight service for the first time in more than a decade earlier this year when Austria’s state railway company started a Vienna route. But according to Back on Track, that was only a “modest step forward”.

The group wrote that the coronavirus crisis, which has hit not just air travel but train travel too, should be used as an opportunity to reflect and diversify Europe’s means of transport.

“It is clear that other international lines will not survive the COVID-19 crisis,” the letter warned, citing Spain’s decision not to relaunch services across the Iberian peninsula that used to link Lisbon to Madrid and beyond.

The group said that the pandemic is an opportunity to “travel more intelligently” and use “more sustainable European mobility”. Brussels could also function well as the hub for a rejuvenated network of sleeper trains.

“Brussels employs thousands of expats, and is strategically located between London, Paris, Berlin, Amsterdam… and is connected to a dense network. Brussels has everything needed to become a new night train hub,” their letter said.

According to the group’s projections, the Belgian capital could serve as a link between cities like Barcelona, Nice, Venice, Warsaw, Prague and Malmö, among others.

Political support could be easy to find across Europe, after 25 transport ministers have signed a pledge geared towards upping cooperation on international railway services. The plan is to collaborate better on digital solutions and other ideas that could free up infrastructure. 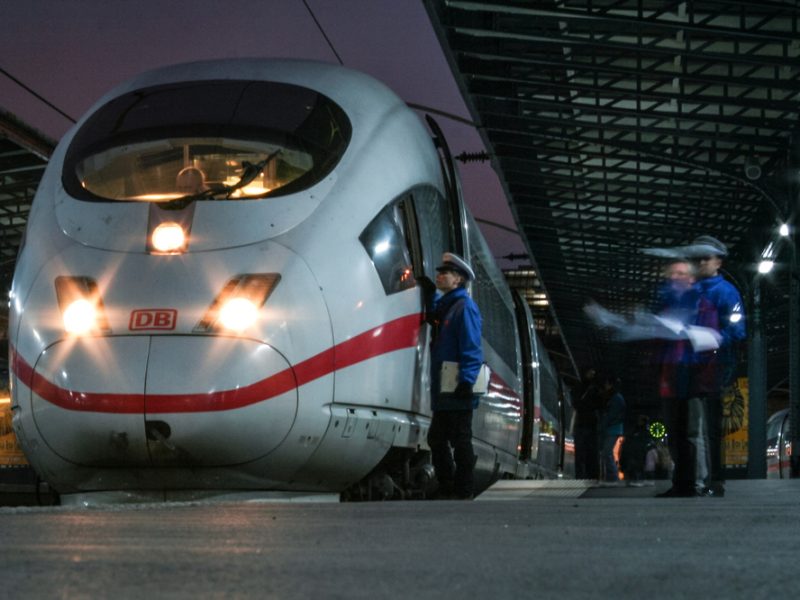 The EU’s new flagship policy, the Green Deal, also prioritises a number of objectives that railways are, in general, well-placed to facilitate. The transport sector is now the only part of the European economy where emissions are still growing, largely because of road vehicles.

Trouble on the line

But there are obstacles to a full resurgence. Network liberalisation has forced companies to axe unprofitable services that once connected the likes of Moscow, Copenhagen and Rome, which Back on Track insists “has not achieved the fixed objectives of the European Union”.

Track-usage fees, once minimal or even waived during off-peak hours, have increased, while the expensive sleeper wagons needed to start services have also discouraged incumbent firms or new market entries from setting up routes.

Back on Track also urges lawmakers to push for night trains to be given priority access to infrastructure in the same way high-speed Eurostar and Thalys services are. There is only so much track to go around though and freight operators are also keen to get preferential treatment.

Aviation’s plum position in offering cheap trips is also a convenient default option for many travellers, which European governments have chosen to prop up with multi-billion-euro coronavirus bailouts in recent weeks.

The aerospace sector employs thousands of workers while airports and airlines are also large-scale employers that drive a lot of economic activity.

Back on Track pointed out though that the Spanish government will not restart its night train services due to economic considerations but has furnished the likes of Iberia and Vueling airlines with €1 billion in pandemic aid.

Despite heralding the Austrian sleeper arrival in January, Belgium is also sticking with planes. The government is locked in talks with Lufthansa over a multi-million-euro package for its flag-carrier Brussels Airlines.

A Flemish minister provoked ridicule earlier this week when she took a 40km flight between the Belgian capital and Antwerp, a distance covered by train in 45 minutes.

Lydia Peeters said it was part of a promotional campaign aimed at boosting regional airports as part of the virus recovery but later admitted it would have been enough to be present at the press conference called to mark the event.

Aviation’s seemingly unfair advantage is why Back on Track urges MEPs, in particular, to push for a kerosene tax in order to rebalance the mobility equation. Jet fuel is currently exempted from levies under an international agreement dating back decades.

A European Commission study said last year that a pan-European tax could net up to €27 billion in revenues. Work is ongoing on how the charge could be imposed, as matters related to tax have to be adopted by unanimous decision in the European Council.

Environmental groups have suggested that the unanimity question has an easy work-around, in that willing countries could agree bilateral or multi-lateral agreements where flights between their airports would be subject to taxation.

The Commission, for its part, has urged the Council to drop its unanimity requirement for certain areas of tax policy, in particular environmental issues. An update of the bloc’s venerable Energy Taxation Directive is also currently on the docket.