At this stage a meeting with President Juncker has not been formally requested by the prime ministers of Greece and Bulgaria. [STR/EPA]

The European Commission is satisfied with the recent cooperation between Greece and Bulgaria on a regional railway project and is ready to look into possible financial support, an EU spokesperson told EURACTIV.

Earlier this month (6 September) Greece and Bulgaria signed a memorandum of understanding for the construction of a high-speed railway linking six ports, largely seen as an attempt to enhance political and economic cooperation in the Balkan region.

Contacted by EURACTIV, a European Commission Spokesperson said the memorandum was “a positive development”.

“The Commission welcomes the cooperation between the two countries and is ready to assess the proposal and the possible support that can be made available,” the EU official said.

The spokesperson also said the executive was in favour of all cross-border cooperation between member states and considers cross-border corridors “essential for our internal market and creating jobs and growth”.

The “Sea2Sea” project aims to construct a railway line that will connect three ports in Greece (Thessaloniki, Kavala, Alexandroupolis) with three Bulgarian ports (Burgas and Varna on the Black Sea and Ruse on the Danube). 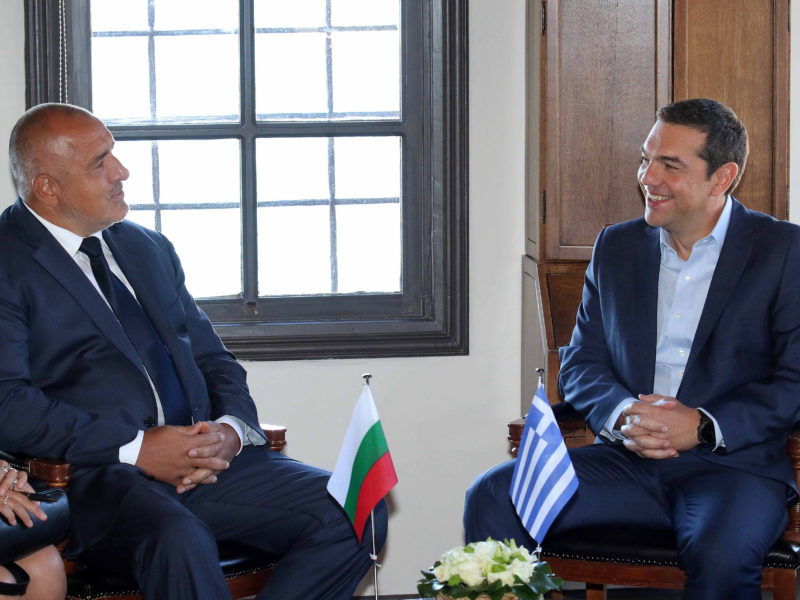 “We are opening new commercial routes and extending the trans-European transport network linking the Aegean Sea to the Danube and the Black Sea,” Greece’s leftist Prime Minister Alexis Tsipras said, noting that the project was a “big step” that allows the Balkan countries to be transformed into an area of economic prosperity.

The Bulgarian government said the project was expected to attract huge investor interest from the Middle East, China, Russia and other major markets.

In addition, EURACTIV has been informed that Tsipras and Bulgaria’s Premier Boyko Borisson discussed the possibility to extend the cooperation in other fields and initiatives in the Balkan region during the Bulgarian EU Presidency, which starts on 1 July 2018.

Borissov was quoted as saying that he and Tsipras would request to meet Commission President Jean-Claude Juncker in October and present him with their ideas for the development of the Balkan region, hoping to get funding from the Juncker plan (European Fund for Strategic Investments, or EFSI).

The Commission spokesperson stressed that no such meeting has been requested yet.

The EU official also stressed that a part of the identified section was already on the Orient-East Mediterranean Core Network Corridor– which connects large parts of Central Europe with ports of the North, Baltic, Black and Mediterranean Seas- and benefits already from the Connecting Europe Facility (CEF) support.

“Other sections are not directly eligible under CEF but could eventually, if conditions are met, benefit from grants under European Structural and Investment Funds (ESIF) or European Fund for Strategic Investments (EFSI) loans.”

However, the Commission has no role in selecting projects for support from the European Fund for Strategic Investments (EFSI). A fully independent Investment Committee will decide which projects will be backed by the EU guarantee, based on the clear criteria laid down in the EFSI legislation.

“In EFSI 2.0, the extension of the EFSI which was recently agreed in principle by the European Parliament and member states, more emphasis is placed on cross-border infrastructure investments including through providing targeted technical assistance to such projects,” the Commission Spokesperson concluded.