Eighteen-year-olds will need to pass a six-question quiz about European history and culture to receive free Interrail train or plane tickets, as part of a €700 million project that is set to start next month.

The programme, named ‘DiscoverEU’, was part of the Commission’s proposal for the bloc’s 2021-2027 budget and is an olive branch to the European Parliament where MEPs approved a motion last year asking the Commission to give out free Interrail passes to every European on their 18th birthday. But the EU executive decided that was too expensive: it estimated the Parliament’s proposal would cost €1.6 billion.

Instead, a total of around 15,000 teenagers will receive €255 vouchers for travel within the EU in June. British 18-year-olds will also be able to participate this year, but their eligibility afterwards will depend on the outcome of Brexit negotiations.

A jury made up of European Commission officials will select winners from an online competition based on their responses to quiz questions about European subsidiarity, culture, geography and history.

One official said answers to most of those questions will be “easy to find out by Googling”.

The Commission is planning a social media campaign aimed at promoting the programme to a diverse group of potential applicants.

“We really want people from all backgrounds and especially those that can’t travel,” the source said.

The European Commission has earmarked €12 million for the programme this year and proposed on Wednesday (2 May) to set aside another €700 million in the EU’s 2021-2027 budget period.

The free trips “should be connected to a place with a specific value in terms of European cultural heritage, European sites, places of historic interest, specific social or cultural values and traditions”, one EU official said.

Applicants will need to list where they want to travel, but will not be required to explain why their choice is important to European culture or history.

MEPs are annoyed that a European Commission proposal to hand out €2.5 million to fund young students’ travel around Europe will only receive a fraction of the budget they wanted.

The idea to offer teenagers free European travel is a pet project of Manfred Weber, the German MEP who leads the Parliament’s largest political group, the centre-right European People’s Party. He came up with the idea to give out free Interrail train tickets in 2016 as a way for teenagers to learn about different European countries.

On Thursday, Weber described the Commission’s proposal as a way “to show the European people that the European Union is much more than a law-making machine”.

Weber previously criticised a downsized Commission pilot project that ran last year with €2.5 million in funding for plane and train tickets. That programme ended in 2017.

The German MEP now wants the DiscoverEU programme to be extended even beyond the 15,000 tickets that the Commission plans to award in June.

“We need to continue our fight to broaden the scope of the project and make it a reality for all Europeans turning 18,” Weber said.

But the programme has drawn criticism for its hefty €700 million price tag in the next EU budget.

The European Youth Forum, a lobby group for young people, said it is “extremely disappointing” that the Commission plans to divert funds towards free travel vouchers instead of adding more money to the Erasmus exchange programme for students. Erasmus will receive double its current budget in the next funding period, but the campaign group argued the programme needed a ten-fold funding increase.

Prices for Interrail tickets for people under age 26 range from €200 to €479, depending how long they stay valid. The new Commission programme will provide vouchers for train and plane travel in mainland Europe and on islands, covering overseas regions like the French departments including Martinique or Guadeloupe.

The number of free travel passes given out to teenagers per country will be based on each country’s population. The teenagers who receive passes will be able to travel for up to one month between a maximum of four EU countries. 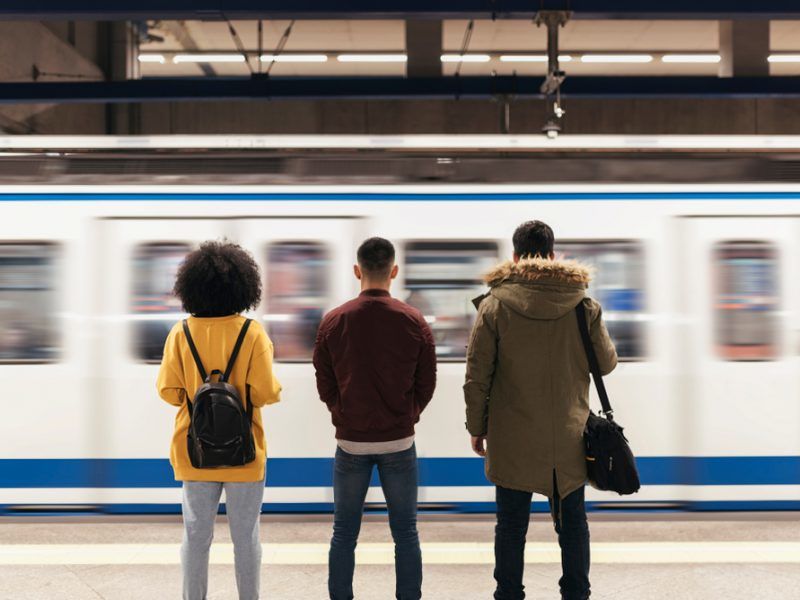