Technicians inspect the site where a homemade explosive device stopped the rail traffic from and to southern and northern Italy in Bologna, Italy, 23 December 2014. [Photo: EPA/GIORGIO BENVENUTI]

A proposed 270km-long train link between Lyon and Turin, which would include one of the longest rail tunnels in the world, risks languishing in development hell following EU and regional elections in May.

Italy’s ruling government, a coalition of the anti-establishment Five Star Movement and the far-right Lega party, has been divided over the project from the outset.

Five Star has cited economic and environmental concerns, while Matteo Salvini’s Lega is a staunch advocate.

In February, Italy’s transport ministry, led by Five Star politician Danilo Toninelli, released a report that insisted the tunnel would be a waste of money and leave a hole of €7-8 billion in Rome’s coffers.

“As everyone can now see for themselves, the numbers of this economic and transport analysis are extremely negative,” Toninelli said. “It is now up to the government to make a decision.”

That decision could now loom closer following last week’s EU elections, in which Lega thumped Five Star in the polls. Salvini’s party raked in 34% of the vote, while Luigi Di Maio’s movement only managed 17%.

Political analysts have suggested that Salvini could cash in his electoral success and call early elections for September. However, he pledged immediately after the results were confirmed to preserve the fractious coalition between the two parties.

Current polls predict that Lega could clean up in a snap election, thanks to voter disappointment in Five Star and the gradual recovery of the Democratic Party (PD).

Di Maio and Salvini’s forces also clashed on Sunday (2 June) over transport issues, after a cruise ship accident nearly ended in tragedy in Venice. One of the giant ships that visit the UNESCO site every day crashed into a tourist boat, injuring four.

In a thinly veiled accusation towards Five Star, Salvini said a solution to the problem had already been proposed but had been blocked by a ministry not controlled by Lega.

Five Star sources shot back that “we always hear from Lega that they have a solution to everything, but so far there has never been a proposal on the table from them”. 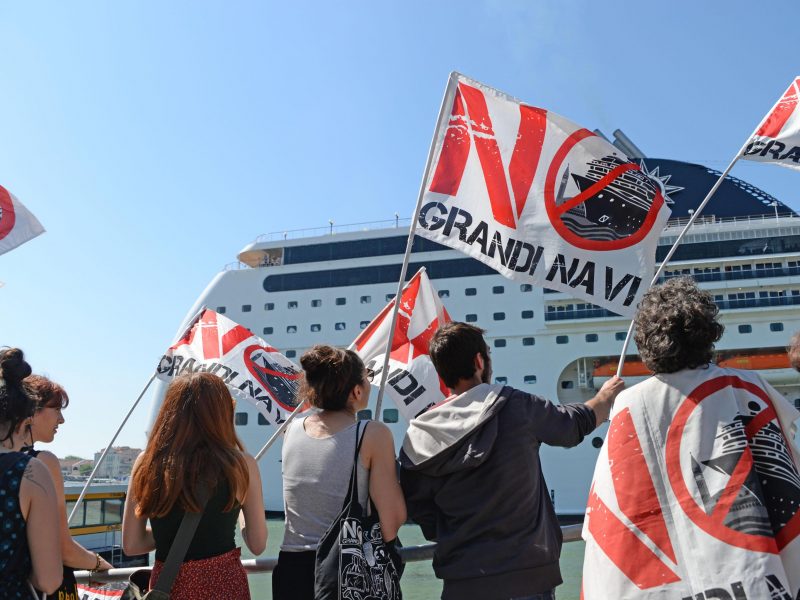 A near tragedy in Venice on Sunday (2 June) has once again shown how Italy’s co-ruling parties are more and more at loggerheads after last week’s EU elections shifted the government’s balance of powers towards Matteo Salvini’s far-right Lega party.

The Lyon-Turin rail link also received a boost in regional support on 26 May, after the Piedmont region elected as president Alberto Cirio, a member of Silvio Berlusconi’s Forza Italia party.

Cirio, a former MEP, replaces PD member Sergio Chiamparino after securing nearly 50% of the vote. He is a big fan of the project.

“The works will be done without ifs and buts, because it was in the centre-right’s election programme last year and even more so in my government programme for the Piedmont region,” Cirio confirmed after he was elected.

Italy has routinely clashed with France over the project, particularly in terms of financing, as Paris is a staunch defender of the tunnel. But the EU election results have also had an impact there.

France’s green party, led by lawmaker Yannick Jadot, became the country’s third largest European party in the May vote and are firmly opposed to the rail link.

“It must stop. Today we cannot respond to the 67,000 premature deaths caused by air pollution by spending €26 billion on a potential result for the next 15 to 20 years,” Jadot said last week, adding that existing lines should be upgraded and used instead.

Jadot’s Europe Ecology – The Greens party (EELV) has a strong track record in taking down infrastructure projects, having already helped nix the government’s plan for a €580m airport in western France.

However, Emmanuel Macron’s administration has remained firm on the Lyon-Turin link, rebuffing efforts by Rome to negotiate the financing of the project and insisting that it will go ahead.