Following an investigation into how the planned tie-up would affect Europe’s rail market, the Commission gave its approval after Alstom and Bombardier notified a number of concessions the firms were willing to make.

According to the EU executive, the initial merger plan was not in line with competition principles as it would have cornered the very high-speed rail market and made the new firm too big of a player in France and Germany.

But a willingness to divest from key assets, including production facilities in both France and Germany, the scaling down of Bombardier’s collaboration with Japan’s Hitachi – which is active in Italy – and assurances linked to signalling systems proved to be enough to convince Brussels of the merger’s merits.

It will come at a price though, as Alstom’s factory in Reichshoffen, France, is part of the divestment deal. The facility, which mostly builds regional trains, employs some 800 workers. French unions had urged the company not to ditch the site.

The deal will not include upfront buyer commitments for the factories in question. But does preserve Bombardier and Hitachi’s joint bid to supply trains for the UK’s High Speed 2 rail link. 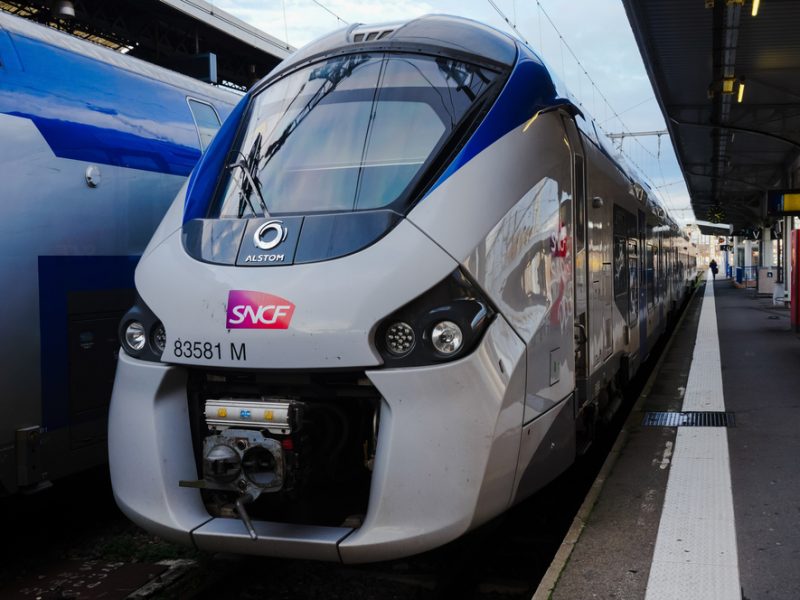 “Thanks to the comprehensive remedies offered to solve the competition concerns in the areas of very high-speed, mainline trains and mainline signalling, the Commission has been able to speedily review and approve this transaction,” said antitrust chief Margrethe Vestager.

“The Commission’s decision is conditional upon full compliance with the commitments,” the institution said in a statement.

Vestager has already proved that she is ready to nix any tie-ups that might fall foul of EU rules, even if they are politically charged. In early 2019, her services found that Alstom’s planned merger with Siemens was not legal.

Both companies had claimed that they needed to join forces in order to compete with China’s CRRC, the largest trainmaker in the world. The Danish official concluded that the impact on domestic competition was simply too great to allow.

That angered both the French and German governments – which have pushed for the creation of ‘European champions’ – and prompted them to call for a review of how the Commission evaluates mergers.

France’s finance minister, Bruno Le Maire, was pleased with Brussels this time around, saying that the decision was “good news for the European rail industry, which must remain at the forefront of innovation.”

Alstom-Siemens would have been the second largest trainmaker in the world, a feat now set to be realised by the Bombardier merger, which could be worth more than €6 billion.

The rail arm of the Canadian industrial giant and its Europe-based facilities will fit into Alstom’s plans to build up scale and widen thin profit margins associated with rolling stock, beyond its most well-known product, the TGV high-speed train.

Alstom and Bombardier welcomed the Commission’s green light, saying in a joint statement that “the divestitures will comply with all applicable social processes and consultations with employee representatives’ bodies.”

The firms added that regulator approval in other regions is still pending and that they only expect to complete the acquisition at the beginning of 2021.