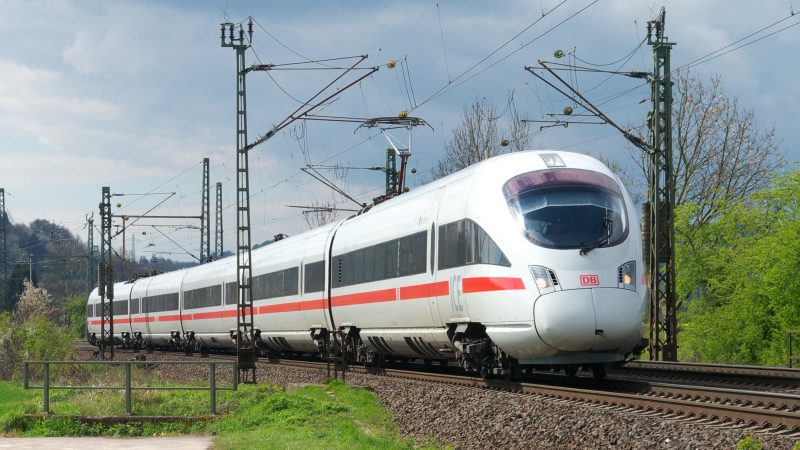 Rail companies across the bloc have made a coordinated effort to open their doors to Ukrainian refugees. [Markus Pfetzing / Shutterstock.com]

Train operators across Europe are now offering free rail transport to Ukrainians displaced by the bloody war being waged by Russia.

The decision to offer free journeys was praised by the head of the EU’s transport directorate, Henrik Hololei, who dubbed it “real European solidarity in action”.

Social media posts confirm that Ukrainians travelling on Polish trains have been provided tickets at no cost upon showing their passport.

PROOF that you really do get FREE TRAINS if you’re a Ukrainian who’s escaped into Poland. Showed my passport to the inspector, he printed out the ticket for me, which lists PLN 0.00 on it as a price 🤍❤️ Dziękuje! pic.twitter.com/mcfqBNXlEl

“In times like this, it is our responsibility to help fast and unbureaucratically. And that is exactly what we are doing,” Austria’s Transport Minister Leonore Gewessler wrote on Twitter, announcing that Ukrainians are exempt from charges when travelling on OEBB trains. In addition to German, Gewessler’s message was posted in Ukrainian and English.

Ukrainians who are fleeing from war can use @unsereoebb trains in #Austria without a ticket. In times like this, it is our responsibility to help fast and unbuerocraticly. And that is exactly what we are doing. 🇺🇦 #Ukraine

Germany’s national rail carrier, Deutsche Bahn, has said it is prepared to add carriages on trains running from Poland to Berlin to meet demand and, if needed, to run additional trains to boost capacity.

In a statement published Sunday (27 February), the German railway company said it aims to “make it easier for refugees to continue their journey from the [Polish] border and within Germany”.

At present, up to eight Eurocity long-distance trains run daily from Poland to Germany, departing from Warsaw, Gdansk, Przemysl (a town located on the border with Ukraine), Krakow, and Wroclaw.

Around 300,000 refugees have entered the EU from Ukraine since the start of the Russian invasion, with most entering the bloc via the Polish border.

The number of displaced persons entering the EU from Ukraine is expected to reach more than one million in the coming weeks.

“We will accept anyone who needs it… We are ready to accept tens, hundreds of thousands of Ukrainian refugees,” Polish Prime Minister Mateusz Morawiecki said in a recent interview with the German press.