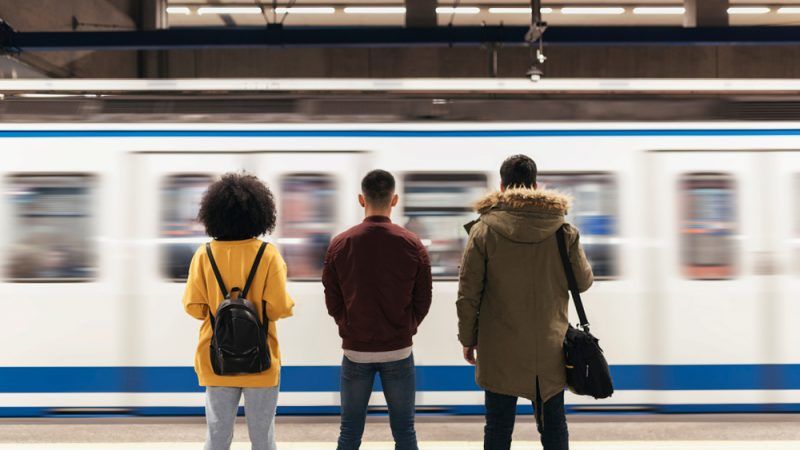 Thousands of young Europeans could benefit from a free Interrail pass to travel across the EU. [Shutterstock]

Pressure is increasing on the European Union to offer an Interrail pass to all young people throughout the member states. The campaign called #FreeInterrail has received the support of different artists, politicians, entrepreneurs etc.

An Interrail pass for all 18-year-olds

In an open letter to the Commission published by the German weekly Die Zeit on 16 April, the campaign called for the creation of a free Interrail pass to increase youth mobility in the EU.

“Our proposal is simple: all European citizens will receive an Interrail voucher on their 18th birthday. The voucher will be valid for six years and can be used for one month at any time.” Currently, such a ticket costs €510 for young people aged 12 to 27.

As “only a small part of the European youth” benefits from programs such as Erasmus or the European Voluntary Service, this Interrail pass would offer everyone “the privilege […] to meet their European neighbours and immerse themselves in other cultures, and therefore create cohesion within the EU,” said the signatories.

MEPs are annoyed that a European Commission proposal to hand out €2.5 million to fund young students’ travel around Europe will only receive a fraction of the budget they wanted.

Two Germans are at the heart of this campaign. Martin Speer, 31, and Vincent-Immanuel Herr, 29, started this movement four years ago. For these two convinced Europeans, “the European idea depends on the continent’s citizens interacting with each other”.

Therefore, they launched a campaign to obtain a free Interrail pass for all 18-year-olds residing in the EU. Their petition “Saving Europe? Send EU youth traveling! #FreeInterrail” currently has around 40,000 signatures.

The idea made its way to the European Parliament in 2016, where it was debated and supported by a majority of MEPs.

First free passes for this year?

This year the project is close to completion, the European Commission allocated it €12 million on 1 March. Between 20,000 to 30,000 young people could benefit from it. A “good start”, said the signatories, who also invited the Commission to extend the initiative “to all young people in the EU”.

It remains to be seen when the first passes will be delivered. Despite being announced over two months ago, the information campaign is yet to be launched although the first beneficiaries should be able to benefit from this free pass by this summer.