Night train services from Sweden are set to start in 2022. [Photo: Shutterstock]

Sweden’s transport authority was tasked by the Social Democrat-Green government with procuring sleeper carriages and organising timetables for two separate routes, which will run between the Swedish capital and Hamburg, as well as Malmö-Brussels.

The daily services should start operating by mid-2022.

Minister for Financial Markets Per Bolund, whose government allocated nearly €30 million for train travel in its autumn budget, said that “this really gives the possibility to discover Europe in the most sustainable possible way.”

After completing an assessment in April, the Swedish transport authority concluded that night train services through Germany’s packed network would not be feasible but that a final destination at Hamburg would be doable.

Night trains are growing in popularity as increased awareness about climate issues and a coronavirus-prompted appreciation for social-distanced travel suggest that consumer habits are gradually changing.

The head of the European Parliament’s transport committee, Karima Delli, told EURACTIV that the Swedish plan is a welcome step forward and added: “I hope this is just the beginning of a whole trend and I look forward to similar initiatives in all the member states.’

Yesterday, French transport minister Jean-Baptiste Djebbari said that an overnight train between Paris and Nice will be resurrected as part of the government’s mooted bailout of state operator SNCF. The route was abandoned back in 2017.

Czech railways have recently launched a direct service from Prague to the Croatian coastal city of Rijeka, running through five countries – including Slovakia, Hungary and Slovenia – which has proved to be hugely popular with holidaymakers heading towards the seaside.

A sleeper train between Vienna and Brussels also debuted earlier this year, although the pandemic and strict quarantine measures have suspended the service for the time being.

In early June, night train advocacy group ‘Back on Track Belgium’ urged MEPs and Belgian politicians to push for Brussels to be established as Europe’s sleeper service hub, touting its central location on the rail network and international community of inhabitants.

According to the group’s projections, the Belgian capital could serve as a link between cities like Barcelona, Malmö – as confirmed by the Swedish government – Venice, Warsaw and Prague, among others. The cross-Channel Eurostar link also puts the UK within striking distance. 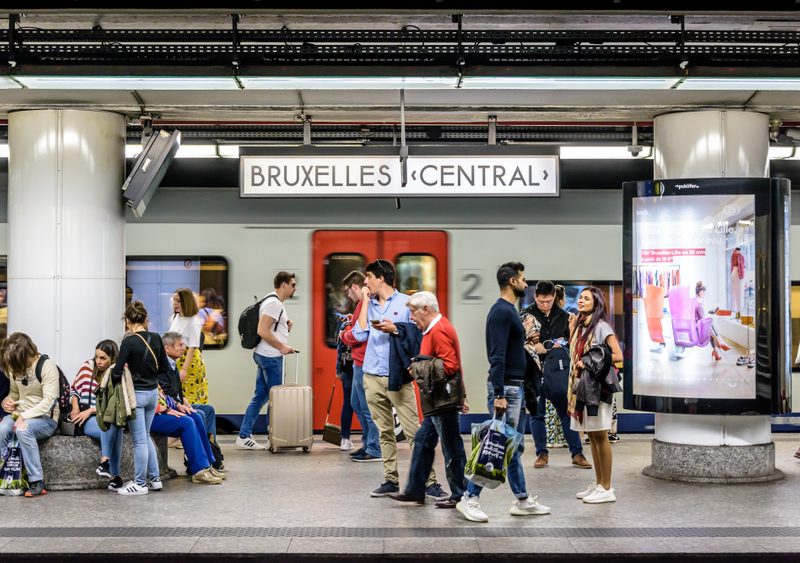 'Brussels has everything needed' to be Europe's night-train hub, say rail advocates

Delli added that “ahead of the European year of railways, it is of major importance to launch or relaunch projects which will make CO2 emissions lower across the EU.” Estimates say that night trains can emit up to 14 times less pollution per passenger-kilometre than planes.

In early 2020, the European Commission suggested that 2021 should be declared ‘Year of the Rail’ in order to promote train travel as a sustainable transport option, as part of the EU’s Green Deal policymaking.

The European Economic and Social Committee (EESC) backed the Commission’s proposal on Wednesday, urging the EU executive to do all it can to engineer more visibility for railways and improve passenger services.

EESC member Alberto Mazzola, who drafted the institution’s opinion on the initiative, said that it “should be an opportunity to better communicate the attractiveness of a career in rail, especially to young Europeans”.

The opinion also backed a previous call by MEPs to offer European citizens a free rail pass when they turn 18 in order to boost interest in both train travel and the EU itself.

More tangibly, 2021 will be the first full year when member states are expected to have fully transposed the rules laid down by the Fourth Railway Package. A number of countries are yet to complete the process and 13 have requested extensions.