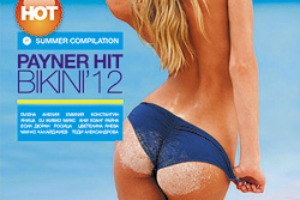 A Bulgarian broadcaster of pop-folk music and videos with often shocking sexually explicit content was selected for a €1-million grant under the EU’s Competitiveness Operative Programme. An outpouring of criticism through social media compelled the Commission to ask the the Bulgarian authorities to open an investigation.

The company Payner Media – a Bulgarian broadcaster – was selected for a non-refundable grant of €1 million from the European Regional Development Fund. The total budget of the project was 3.2 million BGN (€1.63 million). The Bulgarian government co-financed €146,976.

The information, published in the public electronic system on EU funding in Bulgaria, triggered an uproar in social media. Citizens reacted both to the fact that such project has been able to qualify for EU funding, and that it receives co-financing from the state budget.

The project covers the purchase of new filming equipment for the television channel Planet, owned by Payner Media.

Pornography is officially forbidden in Bulgaria, but all cable operators provide pornographic content.

Shirin Wheeler, spokesperson for Regional Policy Commissioner Johannes Hahn, confirmed that Payner Media was selected for a grant of €1 million by the Bulgarian authorities. But as yet, no EU grant or advance has actually been made, she said.

“We have reviewed the conditions, scope and financial means of the grant scheme under which this project falls. It is designed to support SMEs in creative industries – and we stand by it. The cultural industry is a competitive industry that is worthwhile supporting, as it generates growth and jobs,” Wheeler told EURACTIV.

But she said the choice of this specific project was the responsibility of the Ministry of Economy in Bulgaria.

“Following concerns expressed in some quarters and because we take the job of safeguarding taxpayers' money very seriously, the European Commission services have today (15 January) asked the Bulgarian authorities to open an investigation to establish, in how far the rules of the grant scheme have been followed. If we have any concerns we will of course ask the national authorities – in the first instance to look more deeply,” she said.

Chalga music is gaining popularity in Bulgaria, especially among young people and the business of ‘chalgotheques’ – night clubs where this music is performed. ‘Chalga festivals’ are also booming, Bulgarian media analysts say.

Dnevnik, the EURACTIV partner in Bulgaria, quoted Lybomir Kostadinov, public relations chief of Payner Media, saying that the aim of the project is to increase the sales on the internet as a response the decline in CD and DVD sales.

Many opinions expressed in social media blame the current government of Boyko Borissov for promoting the ‘Chalga culture’.

The daily Sega quoted a number of prominent personalities, who express their dismay from the funding earmarked for Payner Media.

“I don’t know in which monstrous mind this was born,” said media and literary critic Mitko Novkov.

Film director Aleksandar Morfov said there was a decline of moral standards in Bulgaria. “Obviously in our idiotic country this is the culture we can show to the world,” he said.

Composer and pianist Antoni Donchev said the funding was “absurd”, saying that ‘Chalga culture' should not receive additional assistance.

A Cooperation and Verification Mechanism (CVM) was set up to assist both countries with judiciary matters after their EU accession. Moreover, the European Commission retained the right to use special safeguards.

On 18 July 2012, the Commission published a scathing report on Romania, in the context of what the EU executive saw as a threat for the country’s constitutional order, under the government of Victor Ponta.