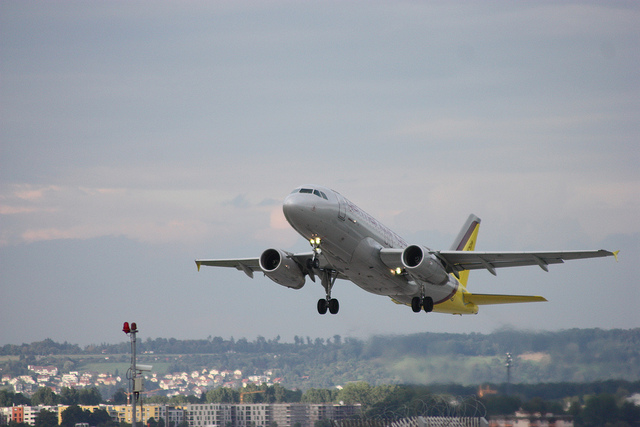 Many of the investments in airport infrastructure were too big for the numbers of planes and passengers involved, the auditors said. [David Leiser/Flickr]

Millions of euros of EU money was wasted on too many airports, on airports that are too close together and do not attract enough passengers, the European Court of Auditors has found.

Auditors scrutinised investment from 2000 to 2013, worth more than €666 million of EU money at 20 airports in Estonia, Greece, Italy, Poland and Spain.

The cash came from the European Regional Development Fund and the Cohesion Fund.

€255 million euros was spent on infrastructure which was “unnecessarily large”. Only half of the airports needed EU funding, and much of the infrastructure, once built and paid for, was underused. This was even the case at peak times in some cases, the report said.

€38 million worth of infrastructure was not being used at all, according to the damning report, called EU funded airport infrastructures: poor value for money.

Most of the audited airports had construction delays of two years on average. Almost half went over budget, causing member states to spend €100 million more from their national budgets than they planned to.

The European Commission generally did not know which airports got funding or how much, the auditors said. The funding was allocated at national level, and the decision on where to spend it was made by member states.

When national bodies such as aviation authorities were allocated the money, they were often reluctant to reallocate it away from their sector, which led to unsuitable projects being funded.

There was a lack of planning at national and EU level that made the situation worse, auditors said.

Only half of the audited airports increased passenger numbers after receiving EU funds. More than half of them had significantly over-estimated increases. In Cordoba last year, fewer than 7,000 passengers travelled. 179,000 were predicted to.

A similar situation occurred in Poland where more than 100 million euros were channeled into at least three “ghost” airports in places where there are not enough passengers to keep them in business.

There was also little evidence of new jobs being created, or other regional socio-economic benefits, or even improved customer service, as a result of the investments.

Seven of the airports would struggle to stay open without additional and continual public support, the auditors found.

Badajoz, Burgos, La Palma, Vigo and Cordoba airports in Spain, Crotone in Italy, and Greece’s Kastoria would need taxpayer’s money to stay afloat. Most of airports had fewer than 100,000 passengers a year.

Auditors said a further €16.5 million invested in a runway extension “cannot be considered an effective use of EU funds.” It has never been used for the type of aircraft for which it was built.

George Pufan is responsible for the report. He said, “We found that some airports were not profitable in the long-term, some were underused and some were not used at all.

“European air traffic is set to double by 2030. If Europe is going to meet this extra demand, both the Commission and member states must improve the way they invest in airports by funding only those that are profitable and for which there is a real investment need.”

The auditors said that during the 2014-2020 funding period, the Commission should only give EU money to airport infrastructure once the investment need was properly assessed and demonstrated.

The executive should make this part of its approval and monitoring of projects, which had been “insufficiently supervised” by the Commission.

The Commission has told auditors it accepts both recommendation and will bring it into negotiations for the 2014-2020 funding programme.

The European Commission adopted new guidelines for government aid to airlines and airports on 20 February 2014.

The new rules introduced more flexibility on operating aid for regional airports with up to 700,000 passengers per year during a ten-year transition phase, until 2024.

According to EU guidelines, subsidies for infrastructure investment are permissible when they “are necessary, proportionate, pursue an objective of general interest, ensure non-discriminatory access for all users and do not unduly affect trade in the internal market.”

As for very small airports, the Commission accepted to raise the threshold to 700,000 passengers per year, instead of the 300,000 initially considered,

Under the updated rules, operating aid for airports under one million passengers a year will be legal from now on under certain conditions and for a transitional period of 10 years, provided the airport submits a business plan that will have to be approved by the EU executive.

Until now, operating support was considered incompatible with the EU’s internal market rules.