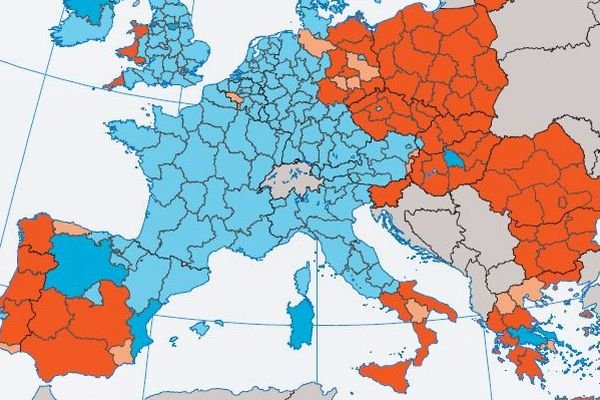 Twelve member states asked yesterday (24 April) for a halt to “unfair” cuts in cohesion funding, as EU foreign ministers on the same day launched negotiations over the EU's next multi-annual budget for 2014-2020.

The group fears that increased conditionality and cuts in the regional budget will lead to a shift of EU funds from the poorest to the wealthiest member states, according to a written statement seen by EURACTIV.

The letter was signed by Bulgaria, Estonia, Greece, Hungary, Latvia, Lithuania, Malta, Poland, Portugal, Romania, Slovakia and Slovenia. Croatia, which is set to join the EU in the summer of 2013, also backed the statement.

“Cohesion policy should have its resources concentrated on less developed regions and member states,” said the group, made up mostly by net beneficiaries of cohesion funds.

Leonard Orban, the Romanian minister for European affairs, called the step “an important achievement” and said member states could for the first time stand firm and reach common ground on the matter, despite their national differences.

“We consider the Commission’s proposal as an absolute minimum,” they wrote, saying that the economic and social disparities have being further aggravated by the economic crisis.

If there were to be cuts, no part of the budget should be exempted, the 13 countries said.  “Cohesion policy cannot be the adjustment variable,” they insist.

The European Commission has proposed a major revamp of the EU's multi-annual budget in the summer of 2011, when it presented its proposal for the 2014-2020 financial framework. The proposal called for a simplification of procedures, but at the same time for a tighter concentration of aid, more conditionality and more performance analysis.

The possibility to suspend aid if a state presents a macroeconomic imbalance or excessive deficit (the so called “macro-conditionality”) has already sparked furious reactions from the poorest countries. Johannes Hahn, the EU Commissioner responsible for regional policy, described this a measure as last resort and insisted that EU funds should be consistent with the EU's new, stricter budget discipline rules.

This was reflected in the letter of the dozen member states and Croatia, which asked further “in-depth works” on macro-conditionality. They refused the link between national economic deficits and the disbursement of EU regional aid funds, saying it is unfair since it would target only those countries which are benefiting the most from cohesion funding.

The European Commission presented on 29 June 2011 its proposals for the EU's next long-term budget  for 2014-2020 – the so-called Multi-Annual Financial Framework.

The Commission proposed raising the next budget to €1.025 billion, up from the current €976 billion. This represents a 4.8% increase, which is beyond the average 2% inflation recorded in the last decade.

The regional policy (or cohesion policy) of the European Union has the overall goal of promoting economic prosperity and social cohesion throughout the 27 members and their 271 regions.

Within the current financial framework (2007-2013), the budget for regional policy amounts to €347 billion, which is more than one-third of the overall EU budget during this period.