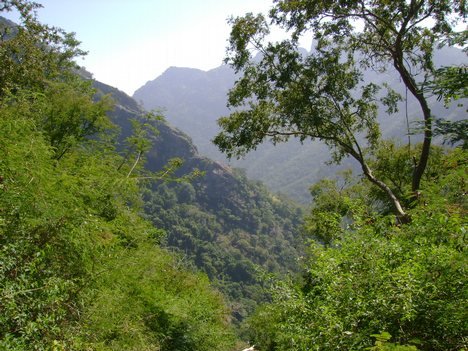 Political and financial support is needed from the EU to help rural areas develop renewable energies at local level such as biomass and small hydro, according to Euromontana, an association representing Europe's mountainous regions.

While the EU currently has many initiatives to develop renewable energy in urban areas, such the smart cities initiative, Euromontana regrets that the specific needs of rural areas are too often being neglected.

As far as energy policy goes, " we would like to see a stronger interest from the EU towards small communities and rural areas," said Marie Guitton, project manager at Euromontana, the European association for co-operation and development of mountain territories.

In the end it is about having the best mix of different renewable energy sources that are locally available – whether solar, wind, hydro, biomass or geothermal heat, Guitton said, adding that "their optimal use should be developed locally."

Whereas Europe's urban dwellers take uninterrupted electricity flow all year round for granted "a municipality in a mountainous region in France can have more than 10 electricity cuts per year due to storms and other climatic conditions," Guitton noted.

"Having local grids powered by renewable energy sources would greatly enhance mountainous regions' energy security," Guitton said, calling for greater focus on local grids with the possibility of plugging into the grid energy from different sources.

Euromontana would also like policymakers to give rural areas the means to develop energy alternatives at the local level.

"People living in remote rural areas should have the option of not heating their homes only with petrol to put it simply," Guitton said. They should be offered the opportunity to improve their situation and to use resources close to them, she added.

While the EU's future energy priorities focus on developing large energy "corridors", Euromontana is highlighting the need to better consider "what can be done locally and how can we better use what we already have," Guitton said.

Currently, the most widely-used renewable energy source in mountainous regions comes from large hydroelectric plants, most of which were built after the Second World War.

But the potential in Europe has already largely been exploited and there is little room left for additional big hydroelectric dams, Guitton says, underlining the "potential for smaller plants and micro turbines at very local scale".

Meanwhile, the biggest potential seems to lie in biomass. Indeed, 40% of Europe's mountainous areas are covered by forests, making mountainous regions a potentially huge source of energy as well as jobs for local economies, Guitton said.

Wood logs can of course be used to heat a fireplace, but households can also equip themselves with a boiler that uses pellets or by-products of wood production such as saw mill dust, she said.

One of Euromontana's members, the city of Vatra Dornei in Romania, has a big plant that collects the sawdust from all saw mills in the area to produce energy and heat for the city network.

Euromontana is currently doing a study to see how the forest supply chain can be better exploited in mountainous areas. It is also looking at how to develop local supply chains, because sometimes the wood is harvested and then sent elsewhere for sawing before being brought back for local use.

"If the wood is sawn locally, it is an additional economic activity that is important for mountain regions" which can boost the local economy, Guitton stressed.

However, Guitton also stresses that mountainous regions, like many other rural areas, are "not big enough" to engage in EU energy and climate initiatives such as the Covenant of Mayors, which supports municipalities in implementing clean energy and cut carbon dioxide emissions.

When you come from a small municipality or village you simply don’t have the administrative capacity, staff, knowledge or money to engage in such projects, she said.

But these smaller areas "can still do a lot," Guitton insisted.

Euromontana itself has developed and submitted a proposal for a project under the EU's Intelligent Energy Europe programme, which supports initiatives to improve energy efficiency and the use of renewables.

"Our project proposal is about continuing to do what the RURENER is currently doing, but specifically in mountainous regions," Guitton explained, noting that due to cold winters there is a great potential to save heating energy from buildings in mountain regions.