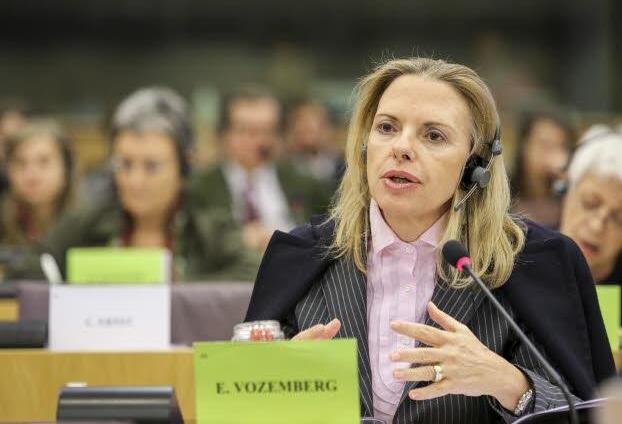 The European regions mostly hit by the unfolding refugee crisis have asked more help from Brussels in order to deliver their “humane” and “technical” goals. EURACTIV Greece reports.

In an event organized by the Region of North Aegean, the Region of Sicily and the Region of Calabria with the support of CPMR (Conference of Peripheral Maritime Regions), Eurocities, CEMR (Council of European Municipalities and Regions), and hosted by the Greek MEP Eliza Vozemberg (EPP), regional and local leaders exchanged their views, with MEPs focusing on migration and the role the EU regions need to play in the refugee crisis.

Today (15 October) a crucial European Council in Brussels will take place and possible concessions towards Turkey in order for it to contribute to tackling the refugee crisis will be discussed.

The debate focused on the proper use of the EU funds related to migration and the need for the regions to play a more decisive role in their use, being in the front line and often, without having sufficient means.

In an effort to tackle the refugee crisis, Commissioner for Regional Policy Corina Cre?u decided on 23 September to let member states make more flexible use of EU funding in the framework of cross-border cooperation programmes, and macro-regional strategies.

The speakers presented ideas and shared best practices discussing ways to improve access to finance for regions mainly hit by the refugee crisis.

Promoting the culture of hatred

Eleni Marianou, Secretary General of the conference of peripheral and maritime regions of Europe (CPMR), stressed that EU regions were in the forefront of immigration emergencies.

“But they are often left alone and with few resources to handle the first steps of reception. And these responsibilities become even greater under the increasing pressure of migrants and asylum seekers. Often they are responsible for the humane, financial and technical process to save human lives in the sea, but also the subsequent economic and social integration of them.”

“Sicily has made its history from integration,” said the President of the Sicilian Region, Rosario Crocetta.

“Immigration can give a boost to growth, as it was in the past for countries such as the United States, Australia and Germany too, but now instead of promoting the culture of integration the culture of hatred is being promoted”, he added.

Andrea Cozzolino, an Italian MEP from the S&D group, underlined that it was crucial for the regions to make use of the unspent EU funds.

“The regional unspent funds for the period 2007-13 could be used to finance the migration emergencies”, he said.

“Rather than more money, we can use the ones we already have with greater transparency and traceability”, replied MEP Laura Ferrara from the Five Star Movement (EFDD).

Sevilla to send ship to Aegean

A representative of Spanish Seville’s province said that it had asked from the Spanish government the permission to contribute to the refugee crisis by sending a ship to the Aegean Sea.

“We have asked from the Spanish government the permission to send a ship in Aegean Sea, offered by a private company, to take refugees and transfer them to Seville”, the representative said.

The green light of Madrid’s government is needed, as under the Dublin Regulation such a move is not permitted.

“We are not beggars”

“The role of the regions and cities is important in order to address the refugee crisis […] we all have accepted now that this is a European problem”, right-wing MEP Eliza Vozemberg told EURACTIV Greece.

She added that the EU economic assistance alone was not sufficient if it was not accompanied with a national strategy and cooperation among EU member states.

“Many regional leaders talked about solidarity and questioned it due to the fact that certain member states reacted to the EU plan on immigration”, she stressed.

“The term solidarity really annoys me […] regions do not ask for help, we are not beggars”, the Governor of Southern Aegean, Giorgos Chatzimarkos, noted.

“We ask for a common EU policy that will reflect our humanity and culture in the EU”, he said, adding that in his region many refugee children have died, whilst others have been saved but with no one to look after them.

“The regions have proved that can cooperate and will do it again for the refugee crisis, because we primarily focus on the needs and not on the political egos”, Nikos Kostopoulos, executive secretary of the Region of Northern Aegean, told EURACTIV.