The proud Vice-Mayor of Edegem, Jeroen Van Laer, holds a small bag with the final result of the compost that is used as organic fertilisers for the farmers.

Edegem is a member of VVSG (Association of Flemish Cities and Municipalities), member of PLATFORMA, the European network of local and regional authorities for development.

The many thousands of tourists visiting this former Incan city of Cuzco do not bother going to San Jeronimo, but many Peruvians do. Residents believe that the project initiated in partnership with Edegem is the driving force behind the local economy.

Betty De Wachter, head of unit for international affairs at the Association of Flemish local authorities, the Dutch-speaking part of Belgium, explained that it took some time before the idea of the project materialised.

San Jeronimo developed a city link with the municipality of Edegem in 2004. At first, the two municipalities embarked on a small-scale collaboration, with the Flemish city providing finance for local NGOs to support local libraries and provide animation sessions for children.

This initiative helped establish good contacts between the two cities and their envoys started discussing the problems surrounding the big market of Vinocanchón, in the territory of San Jeronimo, which boasts more than one thousand merchants a day and produces a lot of organic waste.

This is how, during the small-scale library project apart, they started discussing waste management. But waste management was also an issue, because Peruvian villagers and townspeople live together with their animals, and in their houses a lot of organic waste is produced and builds up. Before the project was put in place, organic waste was being placed in a dump and was left to rot or burn. Nobody seemed to care about the environmental impact.

It is interesting to note that the initiative to do something about the organic waste came from both sides, as the San Jeronimo municipality had already given some thought about composting and doing something else with the waste. But only together with the municipality of Edegem were they able, in 2005, to start the project to re-use this waste.

A system of collecting the organic waste was put in place, not only at the market, where merchants developed the habit of taking the waste to a special van, but from houses too.

The municipal worker&nbsp;(he has both logos of Edegem and of his own municipality at the back) Â– Compost&nbsp;Â– Trabajando por el medio ambiente&nbsp;

“We were walking at 5 o’clock in the morning behind the kind of van that is used by the municipality to collect organic waste of the families. The families were motivated, because the municipality had done a lot of efforts in awareness-raising, explaining that’s it’s really useful to separate the organic waste from other waste, because it can be re-used,” De Wachter recalls. 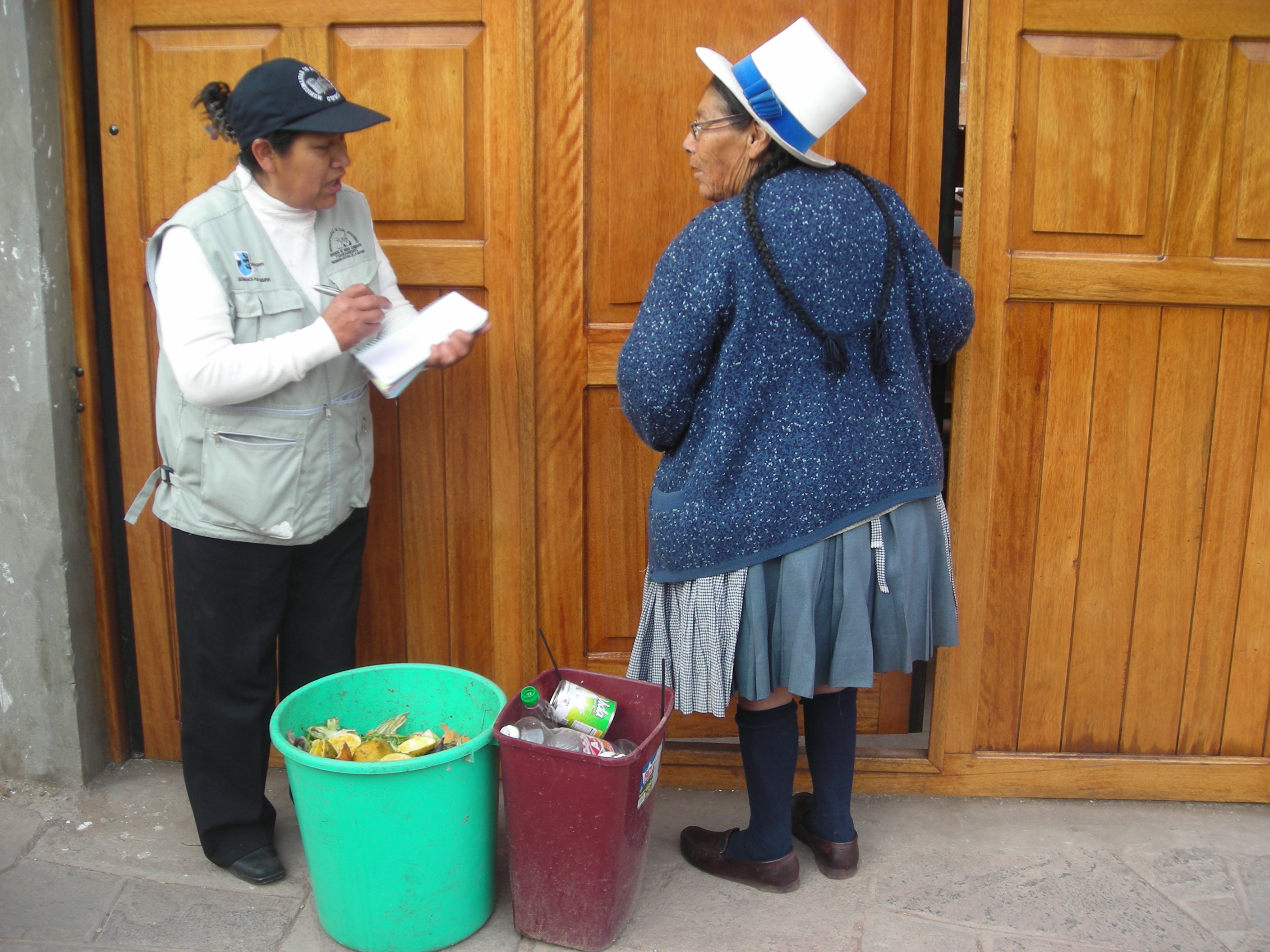 The collection of organic waste from households in the municipality&nbsp;(street by street)

So the villagers developed the habit of putting the organic waste outside their doors between 5 and 6 AM, when it was collected. Then the waste was taken into the mountains (the municipality is located in a valley), to a piece of land managed by the municipality, where the composting project is located.

The whole system requires a lot of manual work and has created employment as a result. The people who work there have been invited to Edegem, to learn Belgium’s practice of organic waste composting. They also learned what to do with the waste water that comes out of the organic waste.

Chickens have also been used, because they are very good at cleaning up some of the organic waste, like insects. A family who lives there, in charge of guarding the site, has also become an egg producer.

The municipality also made a deal with the farmers, because the land belongs to a farming community. In exchange for the use of this piece of land, the farmers receive compost, which is an excellent natural fertiliser, especially for the high-mountain potato fields, Peru being famous for its many varieties of the vegetable.

The collabortation helped push the project, but the most important element of it was that municipality of San Jeronimo took up the responsibility and made this part and parcel of its own policy, De Wachter explained.

“This is the key for the success of such partnerships. They can take five or ten years, but at the end of the day they should be adopted, as this municipality of Peru did, as their own policy, because that’s how they become also sustainable,” she stressed.

By discussing waste management, the municipality decided to do something about those living under poverty line, who survive by selling other type of waste, such as paper or plastic. They have have been helped to form a cooperative, and the municipality has provided them with working clothes and gloves.

Also indirectly, the composting project helped the market achieve a green reputation. The ultimate objective of San Jeronimo is to have the market of Vinocanchón classified as a healthy market. The standard, established by the Peruvian Ministry of Health, in this respect is rather high. At least 75% of the points of sale must have a green label. 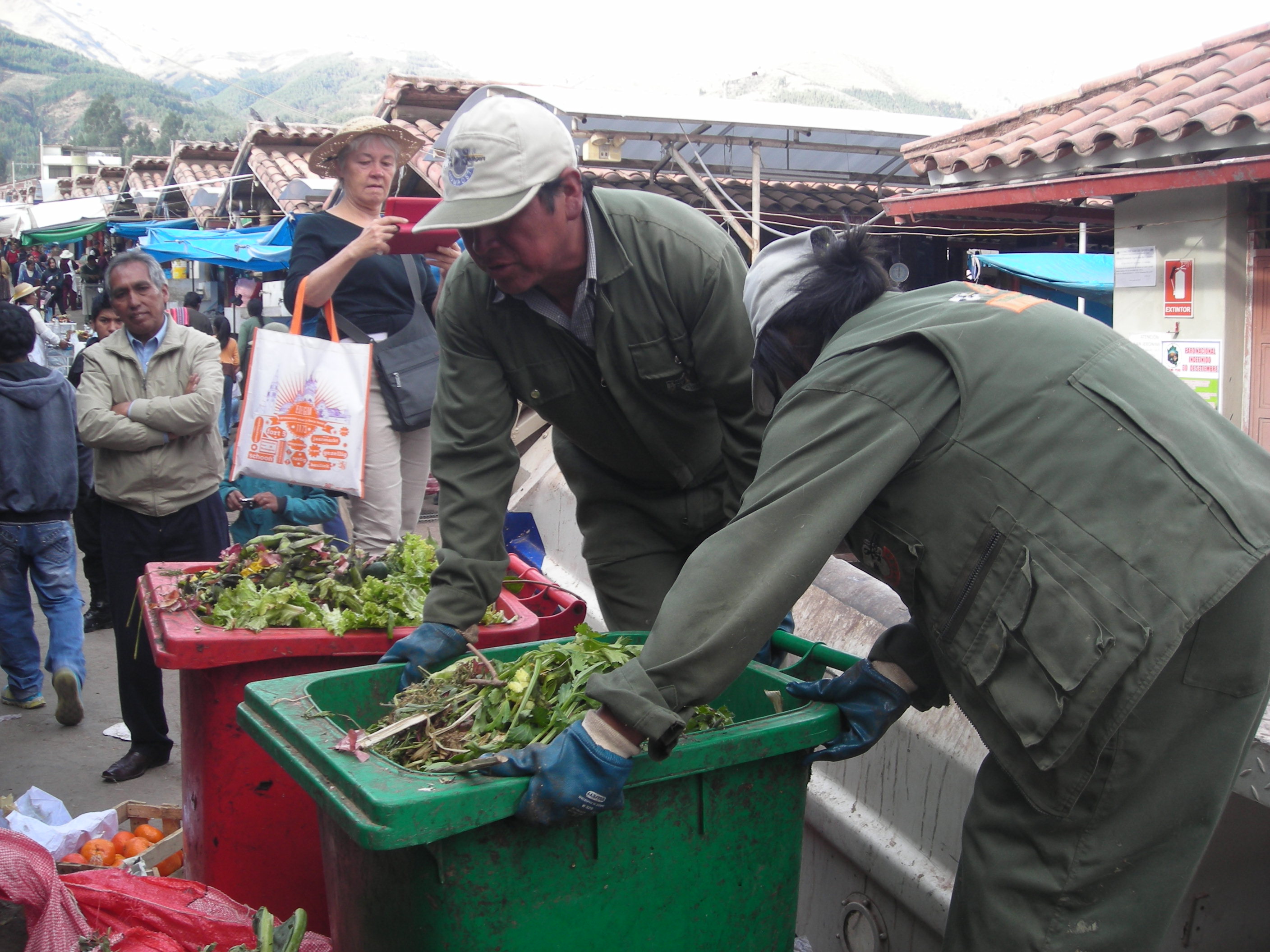 The project is co-funded by the Belgian government, but the Flemish municipalities put their own money in as well. Civil servants from the municipality of Edegem provided their expertise and time for free, the only cost incurred being travel and the accommodation.

Cost not big, but how to make it clear to the EU?

“The cost is not so big, but the effect is quite important. But it’s not evident to make that clear to the European Union, or for our own Ministry of Foreign Affairs – why should municipalities engage in this difficult, complex type of relationship. There is the reason of solidarity, but also the reason of exchange of expertise and know-how, finding solutions to common problems, also learning both ways,” De Wachter said.

What Edegem learned in Peru was that the local municipality was much more advanced than in Flanders in the issue of participatory budgeting. It is a peer-to-peer, colleague-to colleague type of exchange, she stated.

This program bends in 2016, De Wacher said. Next year, the Association will prepare another program, organising a special planning week. Issues related to climate change will be high in the agenda, but the organisers are prepared to listen what the municipality wants to do, can do, and look at the achievement to build on them.

“We have to be modest, but also ambitious,” she said.

The project has drawn attention from other municipalities in Peru. San Jeronimo gets a lot of visits to see how they did this composting project and why it works so well. Even a professor from the US visited to see for himself why it was working so well. 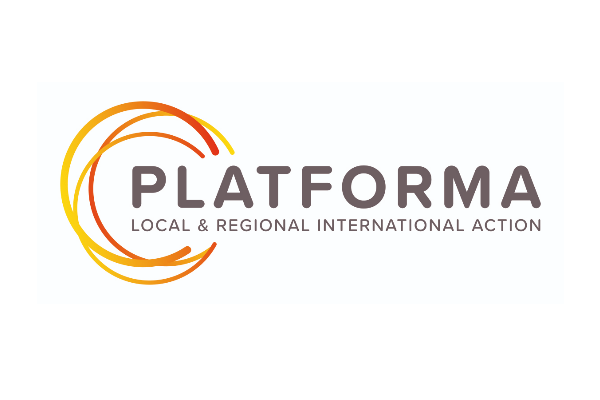