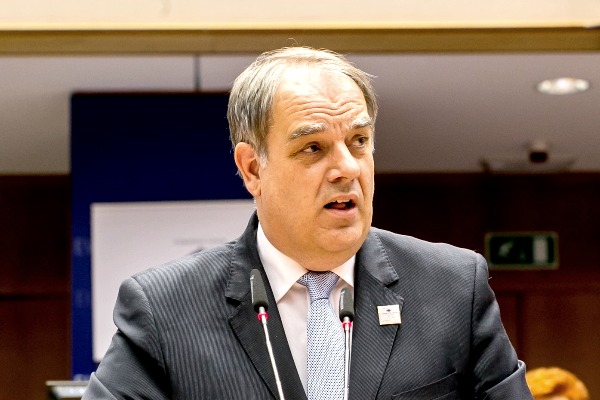 Bas Verkerk is the mayor of the Dutch city of Delft and the president of the ALDE Group in the Committee of the Regions (CoR). He is rapporteur of the CoR opinion on ‘An integrated Urban Agenda for the EU’.

In a few days the European Commission will present a Communication as a follow-up to the Urban Forum that took place on 17-18 February 2014. The Committee of the Regions (CoR) sees this as the next step towards a White Paper on the EU Urban Agenda, finally integrating the urban dimension into EU policy and legislation.

As a result of the shift from a service economy to a knowledge-based economy, cities and towns are nowadays the motors of the European economy. Around 70% of the EU population lives in urban areas and this percentage is continuously growing. Almost 70% of all EU policies and legislation affects towns and cities. The commitment of towns, cities and urban regions is highly significant for the success of the Europe 2020 Strategy and for economic, social and territorial development of the EU as a whole.

In 1997, the Commission published a Communication on the urban agenda in the European Union. However, almost two decades later, despite a number of declarations and measures, the agenda has still not become a reality. Cities and towns play a crucial role in maintaining the EU’s competitiveness.  It is therefore necessary for the Union to ensure that towns, cities and urban regions are able to achieve their full strength and potential as motors for economic growth, employment and a clean environment. The time has come for a genuine EU Urban Agenda.

At the end of June, the CoR plenary supported the opinion, that I authored, in which I call on the Commission to present a White Paper for an integrated urban agenda, in order to anchor the urban dimension in all relevant EU policies. This would eliminate existing overlaps and inconsistencies. Today, the EU has a sectorial approach to policies which in turn leads to a lack of overall consistency. The EU rules on air quality are a good example of this inconsistency. The ambitions of the different EU directives related to air quality are not aligned and the timeframes for their implementation are not synchronised.

The EU Urban Agenda should lead to a more integrated approach to EU policy affecting cities as well as to an improved involvement of cities and their representatives in the preparation of that policy. The White Paper should cover at least the following four elements:

The last element is of high importance. Today, at local level we see some significant changes concerning the way urban areas are governed. Firstly, towns and cities are cooperating more with each other and the surrounding countryside. Cities become more than an area within administrative boundaries. Functional regions or agglomerations are established in order to respond to the needs of the inhabitants, finding solutions at the appropriate scale for traffic, public transport, spatial planning, green areas and economic growth.

Secondly, we are currently witnessing a sea change in the relationship between government and society within the EU. To respond to the societal challenges like the economic crisis, energy supply, demographic changes, and social exclusion, local governments want to work increasingly with the quadruple helix (government-business-knowledge institutions-society). In this concept, local government often takes a coordinating role and offers the other partners a platform for finding solutions. The city becomes a living laboratory, in which the most appropriate projects with local conditions in mind are carried out in conjunction with relevant partners.

These local initiatives ensure that each city or urban area is supplied with increasingly tailored services. Across Europe, this results in a wide range of differing approaches. European policies and legislation should take account of these new relationships. This requires a new form of multilevel governance at the EU level in which urban areas are involved earlier in the EU policy making process. With this new model of governance the consequences of EU policy initiatives and legislation for cities could be better assessed, and the risk of EU policies being inconsistent and simply not relating to the realities on the ground could also be mitigated. As a result, the EU could respond more effectively to the changes that towns and cities are currently undergoing.

For this reason, I also propose that the European Commission appoint a representative on urban policy who would be responsible, together with the Commission’s inter-service group on urban policy, for evaluating all proposals and initiatives in the light of the urban dimension, with a view to facilitating an integrated policy approach. In other words, urban mainstreaming.

An EU level urban agenda should recognise the importance of towns and cities in achieving EU policy objectives and in making the EU more competitive internationally. We are not calling for a new strategy or a new programme; rather we are seeking a new working method at the EU level. As Commissioner Johannes Hahn once pointed out; if we don’t get it right in the cities, we won’t get it right at all.