Jörg Leichtfried is Austria’s transport minister. He was previously an MEP from 2004 to 2015.

In April, the European Commission opened a lawsuit against Austria for requiring truck drivers from other member states to be paid the local minimum wage when they are just passing through the country – on grounds that it goes against the single market rules. There are already two similar lawsuits open against France and Germany at the European Court of Justice.

The Commission will propose legal changes this week to overhaul EU road toll rules and social legislation affecting how truck drivers can work outside their home countries.

You’ve said you plan to take Germany to the European Court of Justice over its new road toll law for passenger cars (the Pkw-Maut). Have any other countries agreed to join in on the lawsuit?

We are talking with other countries as well and some of them see this case the same way we see it. I don’t know if they will join if we go to court and that’s not really a reason to do it or not to do it. So we will go to court because we’re convinced that this toll system is discriminatory for foreigners.

So the complaint would be on discrimination grounds?

Yes. There will be first a procedure on the Commission level. It will take three months for some sort of mediation procedure and if there is no outcome, then we will go to court.

And the mediation procedure would start next month?

We have to initiate it. That needs some preparatory work but I’m confident we will be able to start in two, three weeks.

Do you have confidence in the Commission to regulate on road tolls after they approved the German law?

Until now the Commission was not really helpful. It was a little bit irritating how the Commission acted. First starting such an infringement procedure and saying that this German example is absolutely against European law. And then there were some really minor changes and suddenly it’s not against the law anymore. That was always something I did not really understand.

The Commission is now going to propose an EU law on road tolls this week that will also have an effect on Austria. Can you expect the Commission will propose fair legislation after the whole procedure with the German law?

I think it’s better to separate these discussions. The German toll system is one discussion and a harmonised framework for tolling passenger cars is something else. Then of course it depends on the circumstances. If for example the principle of non-discrimination is included in the proposal, Austria will not oppose that of course. The question is also if there will be some environmental parts in it—that’s also an interesting point to discuss.

What are you hoping the Commission will propose? And do you have any red lines where you don’t want there to be any EU regulation on road tolls at all?

I won’t start discussing red lines but one issue will be a question of whether there will be some sort of vignette system like Austria has, or a system where you pay exactly what you drive. That’s difficult to foresee. I would be in favour of an Austrian type of toll system.

[Austria’s time-based ‘vignette’ system charges drivers based on how many days they spend on the roads. Some EU countries have distance-based systems that charge according to how far a car drives – what the Commission calls a ‘user-pays’ model.]

But the Commission has always said it prefers a user-pays kind of toll system that charges by kilometre – not by how many days drivers spend on the road like Austria’s system does. So what if the Commission requires you to change your toll system?

We’ll see. If the proposal is based on the user-pays principle then we’ll have to discuss about it, but I would not really be happy.

Is there a risk that a change to EU road toll laws could mean drivers are overcharged?

There are many issues to think about if you have a user-pays system. What is the technical basis if it requires people to collect money on the roads like some countries have now? What does it mean for our transport policy? Will there be a lot of traffic jams? That will be one issue to think about. The other question is of course a social question. A lot of people have to drive everyday to get to their places of work. So what does that mean for them? There are many things that have to be discussed regarding this kind of system. 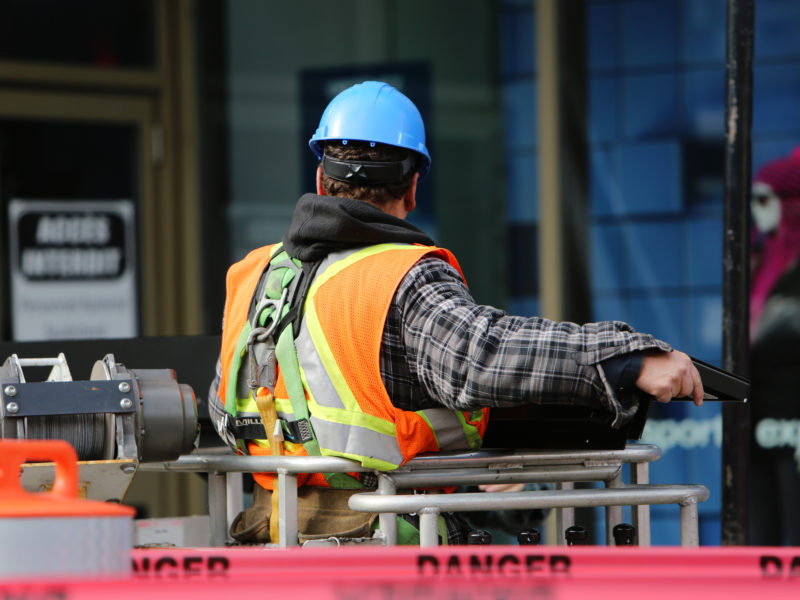 The Commission is also going to propose new social rules this week to regulate how truck drivers can work outside the countries where they live. The Commission’s new proposal might strengthen their legal case against applying the minimum wage to truck drivers from other countries, like Austria has done…

I absolutely support the thought that equal pay for equal work in the same place has to happen. I think otherwise we will never find a system for the transport industry in Europe.

Are we heading towards another divisive situation like what’s happening with the posted workers directive – where there is an east vs west split between member states who fundamentally disagree on the legislation?

Possibly. But for us and not only for us – I just heard that the French president sees it our way and also the Germans too – professional drivers should not have disadvantages. They should really have the wages they’re paid in the countries where they’re driving around.

Have drivers from lower-wage member states affected the Austrian market for freight transport in the last few years?

There were some very unfair and unpleasant different conditions that were of course difficult to handle.

Do you think that has distorted the Austrian market?

Yes, I don’t have numbers on that but my feeling is that it really has.

You have 11 years of Brussels experience as a former MEP. Do you have a sense of how you think negotiations on these proposals might look in the European Parliament and Council?

In earlier days I would have said there will be a compromise where nearly nobody is satisfied. But something changed, maybe in the right direction. But now it is really difficult to foresee because the egoism of member states really rises and rises. That’s not only in this sort of policy. I see that in general. It’s not a happy situation for the whole union.

Are the member states more of a threat to the Commission’s proposals on social legislation or road charging?

I would say the social issues.

Is there a particular way both of these pieces of legislation affect a smaller country like Austria?

Austria is always affected. Particularly when it’s about transport policy in general because we’re in the middle of Europe. Nearly everybody wants to drive through and all the effects that result from that are felt in Austria. So transport policy is one of our key interests in Europe.

The European Commission is planning a compromise between eastern and western EU member countries, which are sharply divided over labour rules for truck drivers who travel across the bloc to deliver goods, according to an internal memo from the executive’s transport policy arm.

One response to “Transport minister: EU approval of German road toll was ‘irritating’”