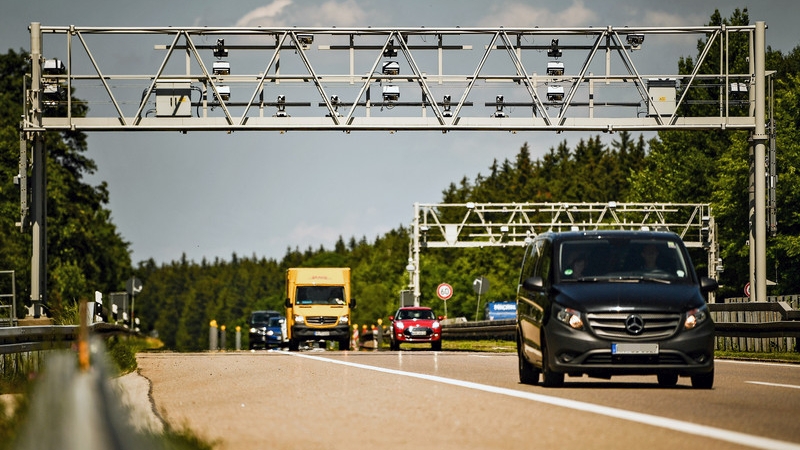 Cars pass a toll bridge on the A95 motorway near Icking, Germany, 18 June 2019. [EPA-EFE/PHILIPP GUELLAND]

The so-called “Eurovignette” directive sets out common rules to ensure road charges are applied fairly across the bloc. Lawmakers say the agreement will cut emissions by incentivising the purchase of lower-carbon vehicles through reduced tolls.

But the EPP says the environmental aims of the directive will be met on paper only.

“You can’t call for the Green Deal on the one hand and decide on an EU road charge reform that has more holes than a Swiss cheese on the other,” she added.

Thaler argued that the negotiations should have been extended by several hours, saying they were “shut down prematurely”.

The Austrian lawmaker also criticised the delay before the provisions sought by the parliament come into effect.

“Council got everything it wanted and those provisions will be introduced immediately, while all parliament got were promises wrapped around derogation clauses,” Thaler told a meeting of the European Parliament’s Transport Committee.

“The outcome is not only insufficient for the EPP… but also for our institution,” she added.

Another parliamentary group, the Greens, were also critical of the agreement, saying the EU has taken “a long time to take a small step forward.”

The German MEP Anna Deparnay-Grunenberg pointed to the raft of exemptions in the agreement as a barrier to cutting emissions.

“When we look at the goals that we have actually accepted under the Paris Agreement, there seems to be a disconnect here between this tiny step that we’re making and the huge ambitions that we have,” she said.

“With all these loopholes in the agreement the Green Deal cannot be achieved,” the Greens MEP added.

One of the key elements of the agreement – the shift from a time-based charging model to a model based on kilometres driven – aims to enshrine the “user pays” principle.

Time-based tolls will be phased out for heavy-duty vehicles travelling on Europe’s main arteries by 2029. However, member states can keep the old time-based system, known as “vignettes”, for some sections of the road if they can prove scrapping it would lead to a major fall in revenue.

EU countries will also be required to amend road charges based on the CO2 output of vehicles once CO2 classes for vehicles are set (likely in 2023). Currently, tolling can run up to €25,000 annually per truck, but under the revised legislation, cleaner vehicles can avail of at least a 50% discount.

Heavy-duty vehicles’ contribution to air pollution will also be charged under the revised agreement. However, toll roads under concession contracts are exempt from applying air pollution charges until the contract is renewed or substantially amended.

“Fossil-fuel trucks will have to pay more if they emit more, and hauliers who switch to emissions-free vehicles will slash their costs. The incentive to cut air pollution from heavy-goods vehicles will be particularly felt in our choked cities,” he said in a statement.

The new charging rules will be extended to buses, vans, and passenger cars, but EU countries that opt to charge these lighter vehicles will be able to choose between a toll or vignettes systems.

After the rules have been in place for five years, the European Commission will carry out an assessment to decide if vans should be subject to the same rules as trucks, given the increased use of vans for freight purposes.

Some tolls must be ringfenced by national governments for investment into sustainable mobility.

To ensure that travellers using the roads on an infrequent basis – such as tourists – aren’t subject to an eye-watering bill when crossing countries, lawmakers also put a price cap on the vignettes that passenger cars can be charged.

The informal deal will now need to be formally agreed by both the Council, representing the EU27, and the Parliament, before becoming EU law.

European Parliament rapporteur Giuseppe Ferrandino, of the S&D group, urged his parliament colleagues to get behind the agreement, saying it will standardise an “excessively fragmented” system and bring a positive close to long-running discussions.

Pedro Nuno Santos, the minister for infrastructure and housing of Portugal, the current president of the Council, also backed the agreement, calling it “a crucial element in decarbonising transport and meeting climate targets”.

After the directive enters into force, member states will have two years to incorporate its provisions into national law. 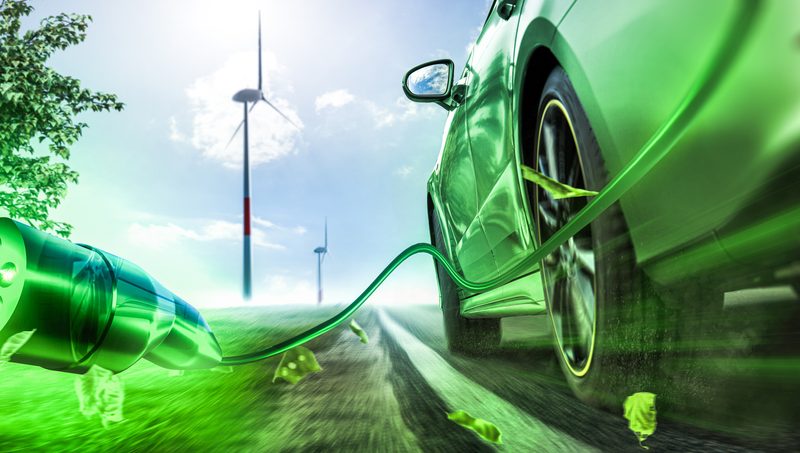 The Council of the European Union (EU), chaired by Portugal, has reached an agreement with the European Parliament to revise the rules on road charging, the so-called Eurovignette, to reduce emissions of polluting gases and infrastructure congestion.