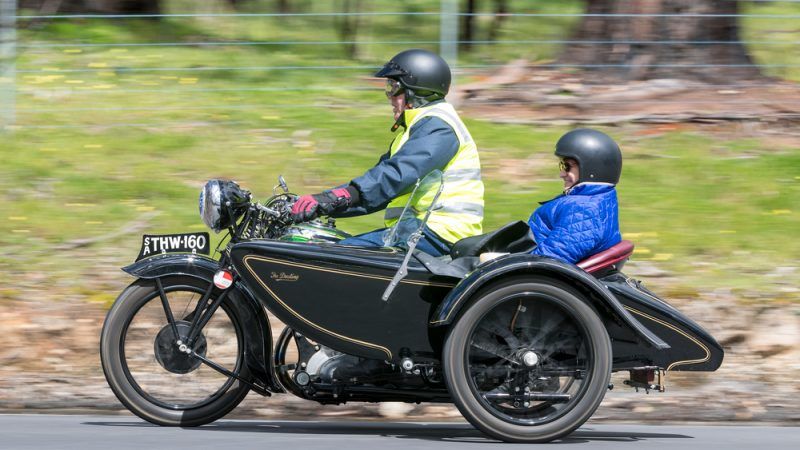 Road charging would apply to all vehicles, including motorcycles, under new rules backed by MEPs. [Ryan Fletcher / Shutterstock]

One week after the European Commission revealed its first attempts to regulate CO2 emissions from trucks, MEPs on the Parliament’s transport committee decided that dirtier vehicles should pay to pollute EU highways.

Although praising the ambition of the EU executive’s initial proposal, the French lawmaker insisted that “on a number of key points, it ought to be improved upon and strengthened”, with her key changes aimed at eliminating discrimination between vehicle types.

Vignettes, a form of road tax based on time periods currently used in several EU member states, will be phased out under the proposed rules, in 2024 for heavy-duty vehicles and 2028 for light vehicles.

Differentiated charges based on a vehicle’s CO2 emissions are intended to convince consumers and manufacturers to invest in cleaner modes of transport, otherwise each kilometre will cost more.

Toll discounts would apply to zero-emission vehicles primarily in order to boost the uptake of electric cars. The Parliament’s amendments also mean the rules would enter into force as soon as possible.

MEP Georges Bach, the EPP group’s shadow rapporteur on road charging, insisted that no country will be forced to introduce tolls but that existing and new systems should be based on distance.

But Bonnefoy’s report goes a step further than the Commission and insists that once vignettes are scrapped, universal vehicle tolling should apply in order to “eliminate discrimination” and make sure the “polluter pays” principle applies to all vehicles, including motorcycles.

Between 2006 and 2013, public spending on road maintenance in the EU tumbled 30%. Under proposed changes to the charging directive, a proportion of infrastructure revenues will be earmarked for highway upkeep.

The European Union Road Federation told EURACTIV that the idea of pumping more money into maintenance was a welcome proposal, explaining that increased fuel efficiency and improved road safety are just some of the benefits.

The file now will go straight to trilateral negotiations between the Parliament, Commission and Council, after Bonnefoy secured enough cross-party support to skip a full plenary sitting of MEPs.