A European Commission plan to push WiFi as the technology of choice for connected cars over 5G has caused controversy. EU transport chief Violeta Bulc told EURACTIV in an interview that saving lives is the most important factor and WiFi is the only proven option.

She spoke to EURACTIV’s Transport Editor Sam Morgan the day before a crucial vote in the European Parliament on whether to support or oppose the EU executive’s WiFi plan.

Why have you advocated so strongly for WiFi over 5G in the connected cars debate?

It’s quite simple really. First, WiFi is a proven technology and has almost no patents on it anymore. It’s available now, is easy to implement and it’s cheap. It’s affordable for everyone. One of the main political points during my mandate was to improve road safety and set up a systemic approach to it. I suffer personally when I see that 25,000 people lose their lives every year and 137,000 are seriously injured.

Fatalities are going down in the EU, but at a decreasing rate. Is this a solution?

What we’ve seen is that the current approach has exhausted the existing tools, so we have to move on. Being an engineer by profession, I am annoyed by misleading information out there that says WiFi is challenging existing business models of 5G. It’s not challenging any of the development or deployment of 5G, because they serve a completely different purpose. I would advocate that car-to-car signalling should be free. This should be a service offered on the same level as emergency calls, no-one should make profit out of it.

Why was a choice between 5G and WiFi even needed?

WiFi is the only option that is available. We will issue a call for testing 5G but there is no product on the market today that we could test, set standards for or deploy. There is nothing on the market, will there be in two, three, four years? I don’t know. It’s too much of a gamble.

The backward compatibility issue is not a challenge, it’s a little protocol that sits in between. It has been overplayed. This is about a service that we should be able to provide regardless of technology and which can save lives. It can come from a satellite or come from WiFi. I will be the biggest advocate of making that service free too.

Large German carmakers that back 5G have made their concerns known to Berlin, citing losing a competitive edge against China. What do you make of those concerns?

Not when it comes to road safety! There will be a huge pool of added value services that will be built on 5G. Why don’t they focus on that? Why don’t they engage with us and deliver products so that we can start testing them in order to develop fully-fledged autonomous mobility?

We are not talking about autonomous mobility here, this is just a simple feature to save lives. I am so in favour of C-ITS [Cooperative Intelligent Transport Systems] because it’s affordable for all price ranges of cars, for pedestrians, cyclists and so on. 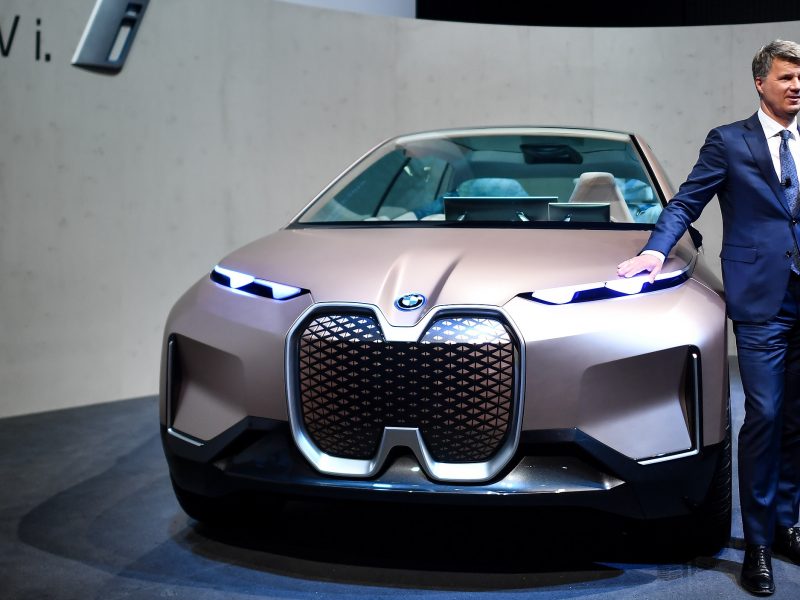 If 5G were indeed adopted then, would it create a two-tier system of safety?

Obviously, they must have some sort of business model in mind since they’re fighting for this safety feature so much. But I don’t think this feature should be for sale. It shouldn’t just be a feature for the most expensive cars.

What kind of response do you see from member states, on the plans?

So far, they’ve been very positive about C-ITS and it’s only been Spain and Finland that have raised concerns about compatibility issues. For the rest, we’ll see. But I did not expect this would be challenged so much by the telecoms industry.

Why was this legislation actually needed?

This is about setting a standardised framework. Take Japan for example. When they introduced the system in 2016, they decreased the number of accidents by 30% in the first year. A University of Michigan study showed that the US could cut fatalities by 12% per year if the technology was rolled out.

Why aren’t we proceeding with something that is already available? The only reason I’ve heard is that designs already include 5G, so there is no room for the WiFi chip to be included. I’m an engineer. This is not a good enough reason. That leads me to believe that it is a matter of principles and I couldn’t care less about principles when we’re talking about lives.

The Commission is sometimes accused of not doing its homework properly with impact assessments, how confident are you that factors like the cost of backward operability have been properly considered?

I think my team did an excellent job and another report on C-V2X [another form of cellular technology] showed this week that it is also not ready. If and when 5G or V2X is ready, telecoms operators can submit it, it can be checked against the rules and they can immediately start implementing it.

But think of it like this, do you really think that in five years time we will be able to deploy 5G everywhere? In all rural areas? No. I understand it when we talk about urban areas, it’s a critical mass. So why wouldn’t you use WiFi, even for the next 30 years, in areas where 5G just doesn’t make business sense.

The transport committee recently voted against the proposal, the full plenary votes on Wednesday (17 April). How confident are you that it will pass?

You can never be confident about anything here. I’m just trying to be heard. Interestingly enough, I invited telecoms companies to come discuss this with me but nobody wanted to find the time. They talked to my technical people but not with me.