Truck safety: A lack of vision and a loss of life 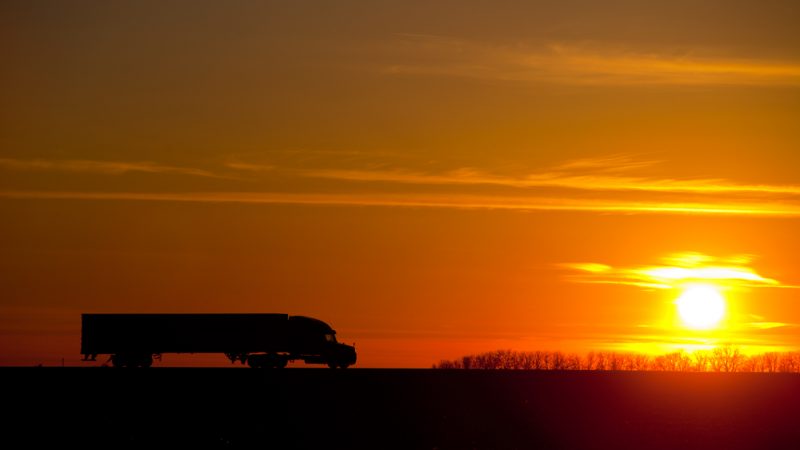 An update to EU rules could make trucks much safer by improving driver visibility. [Photo: Shutterstock]

Cynthia Barlow’s daughter died after being struck by a truck while out cycling. When she realised how casually her child’s death was treated by the legal system, she resolved to take action.

When my daughter Alex died, the world around me collapsed. I was heartbroken and became depressed. I gradually realised that a big reason for my depression was how my daughter’s death was treated so casually by the legal system.

I resolved to take action and became determined there would be no unresolved questions.

Alex was 26 when she was killed. She had a good job and a great boyfriend; whom she was planning to spend her life with.

She was cycling to work when her life was taken from her.

I wanted to understand better what had happened, so I managed to get copies of all the police reports and even paid a Collision Investigator to work out what had happened. The conclusion was that my daughter’s death was preventable.

I wanted action by the company involved in my daughter’s death. So I bought £500 worth of shares in the company: just enough for me to ask a question at their annual assembly. I was very nervous, but I read out what I had prepared.

The entire room fell silent. Then the chairman asked the board member responsible for health and safety to contact me. To my surprise, he did and we have worked together ever since.

Alex was wearing a high-visibility jacket. She was alongside the truck for a considerable distance and the police found that she was visible in at least one of the driver’s mirrors the whole time. He turned left, cutting across her path. He didn’t know he’d run her over.

Since I asked my question, the company immediately began fitting safety technology to their vehicles and more recently has bought new low-entry trucks.

These are specially designed trucks that allow the driver to see more of the road around their vehicle. The difference is astounding. When I was in one of the older trucks, I found it terrifying because I felt so removed from what was around me.

Being in the low-entry cab feels completely different; I feel connected with the road, and able to see other road users around me. It turns out that this was more than a feeling! Cognitive tests in London have shown that drivers react faster when they see something directly on the road. Faster reaction speeds can bring trucks to a halt sooner and this prevents collisions.

Unfortunately, direct vision trucks are still considered as niche models. The EU is now in the process of reviewing the General Safety Regulation. This is an opportunity to regulate the direct vision performance of trucks for the first time in Europe. The lead committee in the European Parliament will vote on this on 21 February.

Discussions will then start with member states and the Commission in order to reach a final deal. Not all trucks can be low-entry cabs but all trucks can improve. This is why I’m hoping for differentiated direct vision requirements for all trucks sold in the 2020s.

When I retired, in 2007, I intended to spend my time painting. It hasn’t worked out that way. Instead, I became the chair of RoadPeace, the national charity for road crash victims.

We recently did a survey that found out that 97% of victims’ relatives felt the crash was preventable. We shouldn’t be accepting the routine killing of people on our roads; we can, and we must, stop this.

I’m calling on the European Parliament to support a direct vision requirement for all trucks as soon as possible. Each life saved is worth it.

3 responses to “Truck safety: A lack of vision and a loss of life”