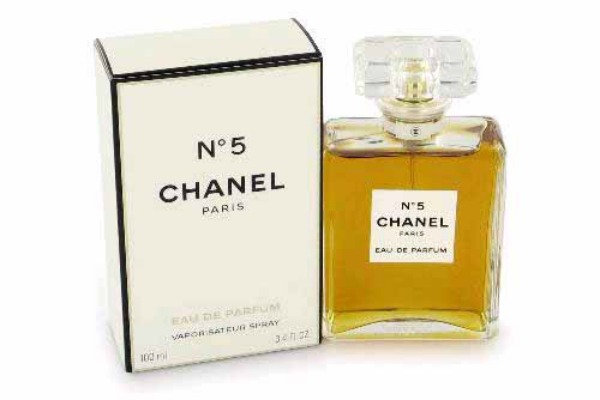 The EU has no intention of imposing a ban on Chanel's No. 5 perfume, a European Commission spokesman has said, after a study recommended that tree moss used in the famous luxury perfume should be banned because of potential allergic reactions.

Hundreds of fragrances would have to be reformulated if the EU executive body would decide to turn into law the recommendations issued in June by the advisory Scientific Committee on Consumer Safety.

The scientific committee last week recommended restricting the concentration of 12 substances – including citral, found in lemon and tangerine oils; coumarin, found in tropical tonka beans; and eugenol, found in rose oil – to 0.01% of the finished product.

The ingredients are "the spine of about 90% of fine fragrances," said Pierre Sivac, chairman of the International Fragrance Association (IFRA), whose members include America's International Flavours & Fragrances and Switzerland's Givaudan.

The committee proposed an outright ban on tree moss and oak moss, which provides distinctive woody scent in Chanel's No.5 and Dior's Miss Dior and many Guerlain scents.

The committee estimates that 1-3% of people in Europe are allergic or potentially allergic to ingredients found in perfumes. This is a number it considers to be "high enough" to justify concern.

Responding to press reports, EU commission spokesman for health and consumer policy Frédéric Vincent insisted on Friday (2 November) it was "false to say that the European Commission wants to ban Chanel 5."

"We are still a long way from considering changes to the legislation," he said.

Vincent added that the EU had begun consultations with the industry and consumer groups in August on the findings and their potential impact.

"Perfume and cosmetic makers know what we are doing … The legislative process has not begun and it will not be for tomorrow," he said.

The impact of a potential EU ban on the substances would be felt by big luxury groups such as LVMH, which owns Dior and Guerlain. However, it would also affect hundreds of small plant growers around the world.

"It is essential to preserve Europe's olfactory cultural heritage," LVMH said in an emailed statement, adding nonetheless the well-being of consumers was a "major concern".

Companies say the scents of leading brands would never smell the same. The perfume-creators would also be left with a much smaller palette of ingredients in the future.

"It would be the end of beautiful perfumes if we could not use these ingredients," Françoise Montenay, non-executive chairwoman of Chanel, told Reuters.

Trade associations such as the IFRA and Cosmetics Europe, whose members are perfume and cosmetics companies including LVMH, are aiming at submitting a joint industry proposal to the Commission by the end of 2012.

Adopted in 2006, the REACH regulation requires chemical manufacturers to register the 100,000 or so substances currently on the market and submit them for safety screening and subsequent authorisation.

Six years after its adoption, the European Commission is preparing to review the controversial piece of legislation.

One response to “Allergy findings not sufficient for banning luxury perfumes, EU says”