‘Circular economy’ must be regulation-light and market-driven, says EPP 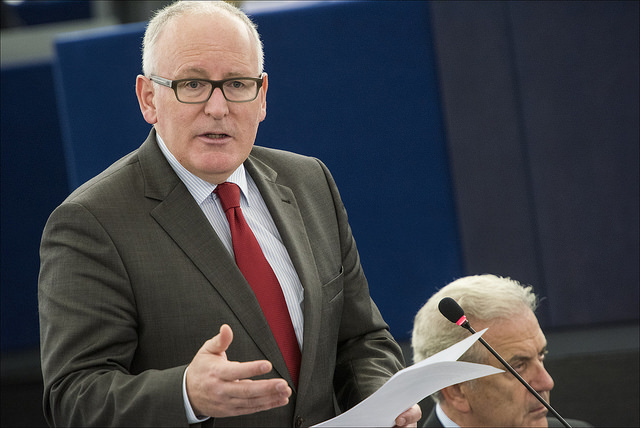 EXCLUSIVE / Centre right EU leaders will demand the European Commission ensures its new ‘circular economy’ package of waste, recycling and incineration laws is based on a light regulatory touch and is driven by market forces.

It states: “Market mechanisms and incentives are effective and should be favoured over regulations to achieve the goal of a more circular economy. Regulation should be used only when absolutely necessary.”

The Commission should “rely as much as possible on market mechanisms”, the draft adds.

The EPP is the largest political group in the European Parliament and the driving political force in other European institutions, including the European Commission.

The ‘circular economy’ is a phrase used to describe an economy based on reusing as much of the earth’s finite resources as possible.

The EPP want the executive to;

The resolution is expected to be backed, with at most minor changes, at the EPP’s congress in Madrid on 21 October. The EPP is the largest European-level political party, and currently includes ten EU and six non-EU heads of state and government.

euractiv.com understands that Katainen has told the EPP that the market focus is likely to be carried through to the replacement proposal.

Campaigners fear the call for light regulation will lead to environmental goals being missed. They accuse the Commission of using better regulation to mask a pro-business and anti-environment agenda.

The resolution demands “a proposal with ambitious targets and a framework setting out a clear direction for progress in achieving resource efficiency and providing predictability and clarity for investors.” This will help the EU achieve the “huge economic potential” of the circular economy.

The EPP’s demands echo the shift in thinking over the circular economy that took place after the Juncker administration took over from the Barroso Commission last year.

The Commission appeared to agree that the package, the highest profile bill to be dropped under the better regulation drive to cut red tape, was too driven by environmental objectives and not enough by business ones.

Timmermans promised to retable a “more ambitious” proposal before the end of the year. Since then the lead Commission department on the package has been DG Grow, rather than DG Environment.

The increased ambition of the new package is expected to centre on requirements for products to be designed with easier recycling in mind.

The Commission has said the new package will involve the “whole circle”, which has been interpreted as meaning the old package was too focused on waste. Targets for waste incineration and landfill limits are likely to be tailored to individual countries, rather than set across the whole bloc.

In October last year EU leaders agreed a 27% increase in recycling by 2030 compared to 1990 levels, which could mean stronger rules make it to the final package.

The roadmap published by the Commission at the end April said the package would include;

Pieter de Pous, European Environmental Bureau policy director, said, "With no end in sight to the Volkswagen scandal, which has brought to light the bankruptcy of the ‘light regulation approach’, it is deeply worrying to see the largest political group in the Parliament asking to apply this broken system to such a crucial political project. It’s a good thing that a strong majority in the Parliament gave its backing to Sirpa Pietikainen’s report which sets out a far more positive vision."