An example of the Commission documents on the legality of ISDS sent to ClientEarth.

EXCLUSIVE/ The European Commission faces an EU court battle to keep secret its lawyers’ analysis on whether the controversial investor-state-dispute (ISDS) clause in draft trade deals with the USA and Canada is illegal.

ClientEarth, an NGO of environmental lawyers, has slapped the Commission with a lawsuit after applying for the legal opinion using EU transparency rules.

It received heavily redacted documents that make it impossible to see the analysis of whether ISDS is legal under EU law.  The redactions will be embarrassing for an institution that regularly claims to be the most transparent in the world and far more so than national governments.

ISDS is controversial because critics argue it will allow powerful multinationals to sue governments in international tribunals, which can have a chilling effect on their willingness to regulate in the public interest.

The Commission claims that the black-out is needed to protect its negotiations with the US on the Transatlantic Trade and Investment Partnership (TTIP) but that will now be tested by judges in the EU’s General Court in Luxembourg. The executive is mandated by member states to handle free trade agreement talks.

The CETA deal with Canada, facing some opposition in national parliaments, also has an ISDS clause

The Court must hold a hearing and decide whether to annul the decision to refuse access to the requested documents. If it loses, the Commission will be compelled to reconsider its decision, be barred from using the same arguments to refuse access, and pay litigation costs.

Were the Commission to be ultimately forced to publish analysis that found ISDS was incompatible with EU law, it could call the much-debated TTIP deal into question.

A legal precedent would also be set but the Commission would be able to appeal any decision to the European Court of Justice, which has so far resisted calls to issue an opinion on the clause’s legality.

EU officials have told EURACTIV that trade deals between the bloc and non-EU countries would not result in international tribunals interpreting or applying EU law, but rather on the provisions of the free trade agreement (FTA) itself.

Commission documents obtained by euractiv.com said disclosure “would reveal the legal considerations underpinning the Commission’s negotiating proposals in ongoing negotiations on TTIP and other agreements.

The executive is using exceptions for international relations, legal advice and ongoing decision-making process in the access to public documents regulation to justify the secrecy.

“Publishing legal analysis and reflections on the compatibility with EU law would inform the public of the legal risks of trade agreements, and contribute to the on-going debate of whether European Court of Justice should rule on the legality of ISDS.”

The lawsuit is based on the UN’s Aarhus Convention, which states that people have the right to participate in environmental decision-making, and receive environmental information held by public authorities.

The London-based NGO argues that ISDS is a “discriminatory legal tool” that creates an alternative legal system and may not be compatible with EU law.

EXCLUSIVE / The European Commission will not ask EU judges to decide on the legality of the investor-state dispute settlement (ISDS) mechanism in free trade agreements such as the Transatlantic Trade and Investment Partnership (TTIP). 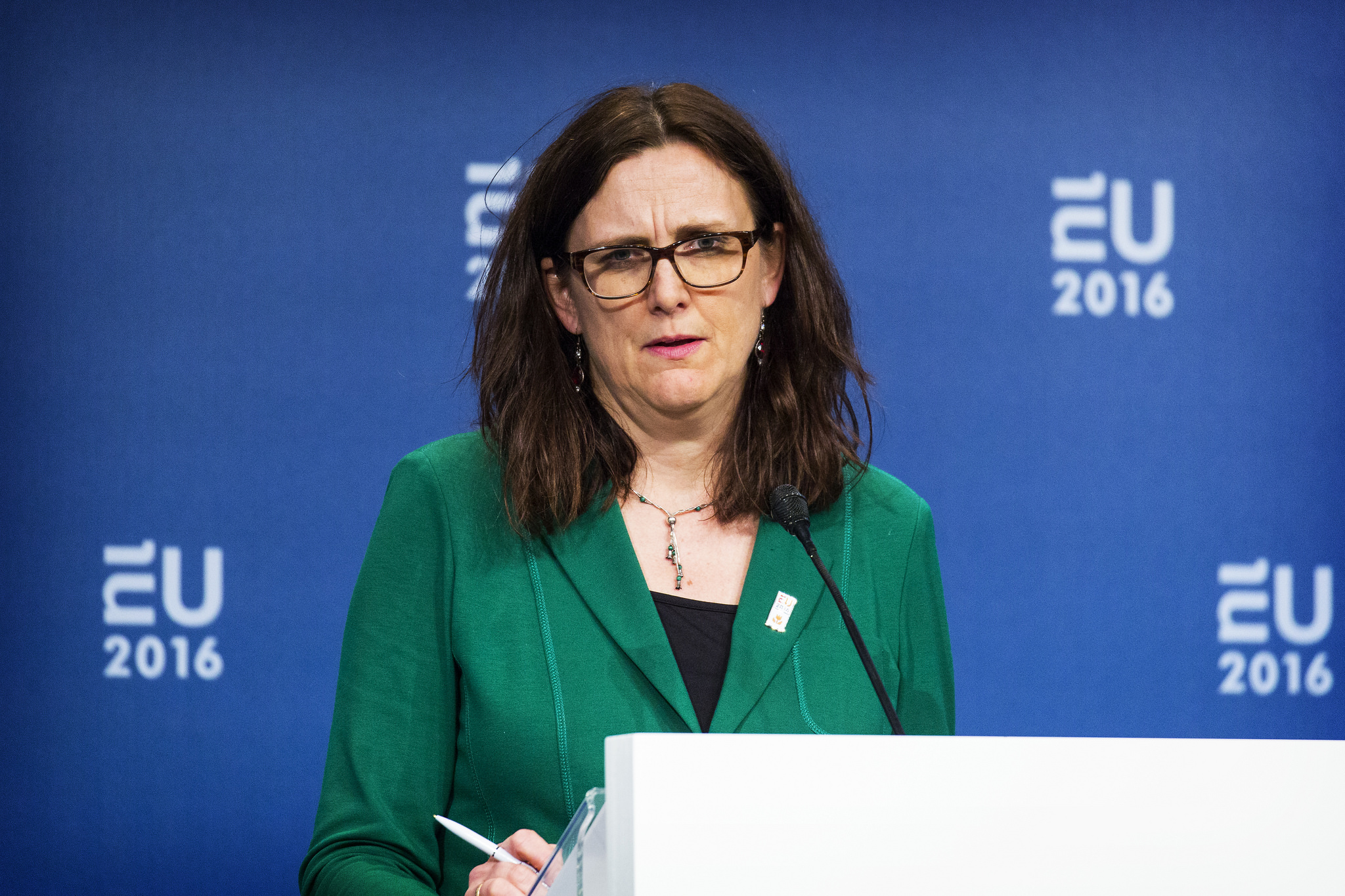 A public consultation on ISDS received record responses, forcing the Commission to suspend talks on the issue.  It later mooted the idea of public courts in a bid to win support from MEPs and the public.  This Investment Court System is also covered by the lawsuit.

“There is a fundamental lack of trust from the public about the fairness and the impartiality of the traditional ISDS model,” Commissioner for Trade, Cecilia Malmström told reporters in Brussels at the time.

MEPs in the European Parliament’s trade committee are today debating the legality of ISDS.

Laurens Ankersmit and Anaïs Berthier from ClientEarth are on the case with Onno Brouwer and Nicholas Frey, of Freshfields Bruckhaus Deringer, who are working on a pro bono basis.

European Union documents relating to the EU-US trade deal, the Transatlantic Trade and Investment Partnership (TTIP), could be made public after a European Court of Justice ruling yesterday (3 July).

It has used arguments founded in the Aarhus Convention to score victories in the EU courts over the Commission and the European Food Safety Authority.

The European Commission was asked to comment, but no response was offered before this article was published.