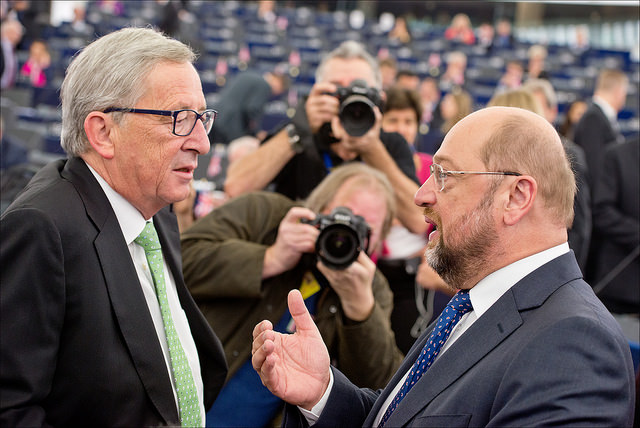 EXCLUSIVE / The European Commission will give the EU Parliament and Council more influence over the drafting of new laws if they support the executive’s drive for better regulation, according to leaked plans for a deal between the three institutions.

The executive will give “serious consideration” to any request from the Parliament and Council to legislate and, for the first time, promises to explain any refusal to draw up rules.

Documents obtained by EURACTIV revealed that the Commission was willing to consult “systematically” with national experts during the writing of legal acts linked to EU legislation.

But in return for the greater consultation and say at the early stage of writing regulation, the Commission wants a commitment to back its push against red tape.

The trade-off is set out in a draft agreement between the three major institutions. It is subject to change.

The Commission has the right of initiative to porpose new legislation. That is usually amended by both the Council and Parliament, who ultimately agree an identical bill. That law is then put onto national lawbooks.

The Commission has the power to agree so-called delegated acts, which give often highly technical rules for putting EU law into practice. The Parliament and Council can either endorse or reject delegated acts but not amend them.

“The Commission will systematically consult experts designated by all member states in the preparation of draft delegated acts,” the document states.

After meetings with experts, the Commission will explain their conclusions and plan of action.

Before the Lisbon Treaty, the Commission’s implementation of much EU legislation was overseen by committees of member state experts, in the “comitology” system.

>> Read: Regulatory advocacy in the EU: 5 years of ‘new’ comitology

As previously reported, the Commission’s impact assessments will be subject to analysis by the new Regulatory Scrutiny Board.

The agreement also repeats the executive’s demand that any “substantive amendment” to a bill is subject to another impact assessment.

The leaked document also says the three institutions will ensure an “appropriate degree of transparency” in their three-way talks to hammer out deals on laws.

The European Ombudsman has signalled her intent to investigate the secrecy of such “trialogue” negotiations.

Paul de Clerk, of Friends of the Earth Europe, said, “The Commission wants to force Parliament and Council to do impact assessments on political compromises.

“This is undermining our democratic decision making processes and (is) a power grab from the Commission at the expense of Parliament and Council,” he added.

Commission sources insisted that the Regulatory Scrutiny Board would not be used to veto laws, but focus entirely on impact assessments.

Better regulation is one of the priorities of the new Juncker Commission, and is led by First Vice-President Frans Timmermans.

It is part of an effort to combat the perception there is too much unnecessary and inefficient EU regulation, at a time of rising Euroscepticism.

Timmermans has faced accusations that better regulation is a mask for deregulation and the driving down of environmental and social standards.

Critics point to the withdrawal of the Circular Economy package and the likely axing of extensions to maternity leave as examples of that.

But Timmermans insists better regulation will remove unnecessary burdens on business and streamline EU policymaking as part of a commitment for the EU to be “big on the big things and small on the small things.”

Whether the increased focus on consultation, impact assessment and expert meetings will be interpreted as cutting red tape remains to be seen.

The Commission never comments on leaks.

Jean-Claude Juncker, the new president of the European Commission, pledged to refocus the EU executive on the bigger political issues of the day and cut regulations seen as unnecessary or hampering business activity.