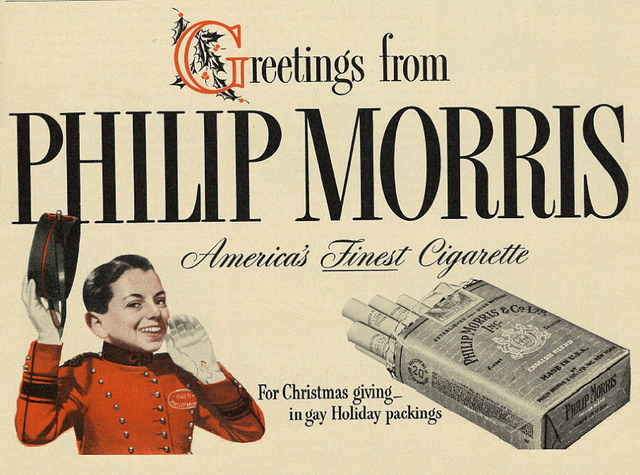 Emily O’Reilly had called on the executive to publish online every meeting officials have with tobacco lobbyists. The Ombudsman investigates maladministration in the EU institutions.

The Commission, which has had a turbulent record on tobacco lobbying, said it acts in accordance with the World Health Organisation’s Framework Convention on Tobacco Control (FCTC).

>>Read: Did the Commission censor Big Tobacco documents because of TTIP?

2005’s convention requires signatories, which include the EU, to be accountable and transparent over relations with the tobacco industry. Only the executive’s health department adhered to the convention, O’Reilly said, despite rules stating ‘all branches of government’ come under the scope of the FCTC.

“Public health demands the highest standard,” she said in a statement that could precede a damning indictment of the Commission in her final report.

“This is a missed opportunity by the Juncker Commission to show global leadership in the vital area of tobacco lobbying,” O’Reilly said. “It appears that the sophistication of global lobbying efforts by big tobacco continues to be underestimated.”

O’Reilly began the investigation into tobacco lobbying, after a complaint by NGO Corporate Europe Observatory. The watchdog is tasked with finding “friendly solutions” to complaints.

While the Ombudsman cannot force the European Commission to follow her recommendations, she can embarrass the executive with her final report.

In October 2015, O’Reilly branded the Commission’s transparency policy on tobacco lobbying “inadequate, unreliable, and unsatisfactory”, but the executive has decided to ignore her recommendation.

The Ombudsman, who said the Juncker Commission had made some progress on other areas of transparency, will consult with Corporate Europe Observatory before drawing up her final conclusions.

Corporate Europe Observatory’s research and campaigns coordinator Olivier Hoedeman said in October, “The Commission’s complacency and secrecy over its contacts with the tobacco industry are deeply regrettable – but part of a pattern.

“We hope it will finally get the message that it must fulfil its UN obligations and take strong measures to prevent the undue influence of tobacco lobbyists.”

The previous Barroso Commission was rocked by the Dalligate graft scandal. Health Commissioner John Dalli was sacked by former Commission President José Manuel Barroso in October 2012, after an anti-fraud investigation connected him to a €60 million attempt to influence EU tobacco legislation.

Research released in 2014 found that tobacco firm Philip Morris had spent the most amount of money lobbying the EU.

Olivier Hoedeman, research and campaigns coordinator, Corporate Europe Observatory said, "The Commission's stubborn rejection of the Ombudsman´s recommendation to secure tobacco lobbying transparency in line with UN guidelines is a major missed opportunity. If the Commission does not even take the risks of undue lobbying influence seriously forthis most controversial sector, then how can the public have any trust in its overall ability to protect the public interest against regulatory capture and undue influence?

“All of this does not bode well for transparency and accountability, which President Juncker announced as a priority for his Commission upon taking office. Since then we've seen these issues constantly put on the back burner. Indeed, this Commission has recently proved so eager to maintain secrecy that we have received responses to freedom of information requests on tobacco lobbying and the TTIP talks that are so heavily redacted as to be incomprehensible.”

Nessa Childers, Socialist MEP for Dublin, said, "Mr Juncker's college of Commissioners came to Brussels with a promise to make the EU executive an example of transparency.

"We were promised a break with Mr. Barroso's Byzantine secrecy and backroom dealing of 'Dalligate' fame, which spawned countless conspiracy theories about big tobacco's hold on the higher echelons of EU policy making. Yet the Commission's contacts with the tobacco industry remain cloaked under the thickest smokescreens."

The European Union Ombudsman investigates complaints about maladministration in the EU institutions and bodies. Any EU citizen, resident, or an enterprise or association in a member state, can lodge a complaint with the Ombudsman.

The European Union's top health official, John Dalli, resigned in October 2012 after an anti-fraud investigation connected him to an attempt to influence EU tobacco legislation.

A report from OLAF, the EU's anti-fraud office, claimed that a Maltese lobbyist had approached the tobacco producer Swedish Match and proposed making use of his contacts with Dalli to fix the EU export ban on powder tobacco.

The report claimed that, while Dalli was not involved, he knew what was going on. Dalli rejected OLAF's findings, denying that he was in any way aware of any of these events.