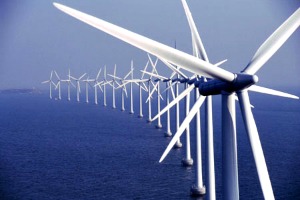 EXCLUSIVE / Copenhagen is preparing a push for stronger EU-wide 2030 climate and energy goals despite tough opposition from states such as the UK and Poland, the Danish climate and energy minister, Martin Lidegaard, has told EURACTIV.

Lidegaard said he was “very, very satisfied” that the EU climate and energy package announced in Brussels last week had got Europe’s states to pledge a 40% cut in greenhouse gas emissions by 2030, as measured against 1990 levels.

But the goal of sourcing 27% of the bloc’s energy from renewables by 2030 is only binding at EU-level, leaving individual states to go their own way, and raising questions of how Brussels will pull them back if they stray too far.

“I actually think that what came out [of the European Commission] was too compromised,” Lidegaard said over the phone from the World Economic Forum in Davos. “We were happy that we got a binding target. We just want to ensure that it will actually be binding and we would like a more ambitious level.”

EURACTIV understands that Denmark is also likely to seek stronger language on energy efficiency targets – which the package only mentioned in the vaguest terms – ahead of an EU leaders’ summit in March.

The UK won an opt-out of binding renewables targets at national level in the package. But this was merely “the suggestion of a compromise, and it will of course have to be negotiated in the weeks and months to come,” Lidegaard said.

“It’s going to be a pretty tough debate but we are ready from the Danish side and we expect to put a formal Danish position on the table within weeks,” he added.

Denmark is one of the EU’s cleanest energy providers and has what it calls “the most ambitious energy plan in the world” to use renewable sources for half of its electricity needs by 2020, and for all of its energy and transport needs by 2050.

Because of this, Copenhagen views advance knowledge of how the continent’s renewable capacity will change as a “precondition” to cost-effective decarbonisation. Grid expansion, market integration and capacity factors all need to be planned for, officials say.

In a last ditch bid to shore up support for a binding renewables goal, the Danish prime minister, Helle Thorning-Schmidt, called European Commission President José Manuel Barroso the night before the decision was taken, according to Lidegaard.

The new German energy minister, Sigmar Gabriel, was especially “proactive” in pushing for a binding 27% renewable target, Lidegaard said, while like-minded countries such as Ireland, France and Italy also had an impact.

In Lidegaard's view, it was “too early to say” whether Poland would veto some areas of the package, which it has been hostile to, at the European Council level.

“We will have a rather hard political debate about this because we have very different points of view,” he said. But only a “few” member states wanted the EU to wait until after 2015 before setting new climate targets, Lidegaard added.

Across Brussels, one view spanning the gamut, from environmentalists to industry, sees a British hand behind the pen that inked last week's 2030 climate and energy package – and behind that, an increasingly Eurosceptic population.

The UK, which had not previously been very influential in EU climate politics, this time won positions for: a 40% greenhouse gas emissions target; no binding national renewable target, no efficiency goals, no binding shale gas law, and an end to the Fuel Quality Directive.

“If there’s one person to blame for the lack of a renewables target, it is [UK Prime Minister] David Cameron,” a senior source in energy intensive industry commented. “If he’d said the UK wanted a renewables target the balance of power might have shifted.”

“Britain is faced with citizens that don’t want the EU to tell them what to do and have a high scepticism arising from high energy prices,” the official continued. “Its position coincided with a general mood. The social consensus of 2007 [when the first climate package was signed] just isn’t there anymore.”

Britain argues that energy is a recognised national competence and that binding renewable targets could interfere with its plans to lower emissions with shale gas, nuclear energy and carbon capture and storage programmes.

Its position is thought to be supported by Poland, Spain and a sprinkling of Eastern European countries.

But environmentalists are sceptical that the UK's agenda will enable it to decarbonise, and fear the consequences of accommodating it within Europe's climate and energy policy.

Shortly before the package was announced, the Green MEP Claude Turmes accused President Barroso and his secretary-general, Catherine Day, of “manipulating in order to please the British,” and so advance his future career prospects.

Lidegaard would only say that London had played a “very strong role in gathering a green growth group to promote the idea of an ambitious CO2 target”.