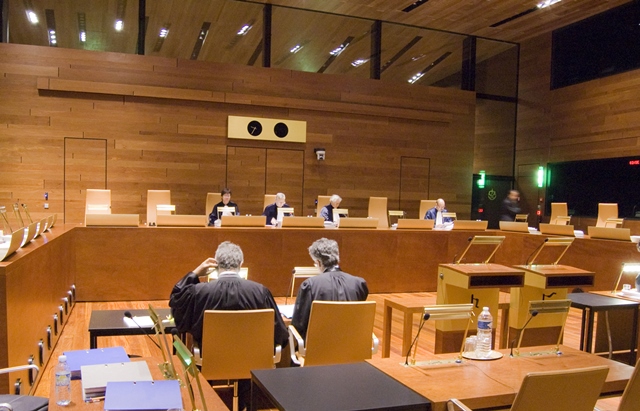 A hearing at the EU's General Court. [Curia]

Doubling the number of judges in the EU’s General Court was “useless spending”, said a scathing report which blamed both member states and the dishonesty of the European Court of Justice for the decision.

Planned reforms to the EU court system were meant to reduce case backlogs and cut costs, but instead agreed to increase the number of judges in the lower General Court from 12 to 28, EU judge Franklin Dehousse said.

The extra judges will cost €22.9 million a year, a 6.6% increase on the courts’ budget, and a further 6.9 million in “installation costs”, Dehousse, who sits in the General Court, said in his unprecedented report.

The doubling of judges was “manifestly excessive,” Dehousse warned, before accusing the court of lying about the size of its case log to double the size of the Luxembourg-based court.

Dehousse said the case backlog had actually been reduced “but no one in the EU institutions seemed to care.”

He pointed to tensions between the European Court of Justice (ECJ), that wanted to increase the number of judges, and the General Court that wanted to prove it was being run efficiently.

It is highly unusual for EU court officials to break ranks in this manner. Dehousse, a Belgian, said that while national court systems across the EU, had cut costs and boosted productivity, the EU system had done the opposite.

Only the UK voted against the changes in June 2015. Belgium and the Netherlands abstained but the rest of the bloc backed the move, Dehousse, an EU judge since 2003, said.

EU countries could not agree on any other reforms but the increase in the number of judges, he said.

“This weakness has clearly become a source of useless spending by the EU,” Dehousse said, before criticising the changes for being pushed through without proper research or consultation.

“Neither the EU institutions, nor the member states […] opened a reflection in depth about the real functioning of the EU courts, or the efficiency and costs of the possible reforms,” he said.

Doubling the number of  General Court judges means that each EU country appoints two judges to sit in EU courts.  The increase will happen in three stages, finishing in 2019.

Diplomats are keen to have judges from their own countries in the courts to guard their interests.

The number of judges in the ECJ, the EU supreme court, will stay the same.

To clear the way for the new judges, the EU decided to abolish a third lower court, the Civil Service Tribunal. Its seven judges will be merged into the General Court.

Plans for specialised judges that could deal with complex cases quicker, were rejected, according to Dehousse’s report, which was co-written by  Benedetta Marsicola, a legal assistant.

In a Council press release sent after member states backed the regulation, the Council said increasing the number of judges by 21 and merging the Tribunal with the General Court would cost €13.5 million per year.

These costs compare favourably with the €26.8 million claimed in several actions for damages due to the delay in judgment.

The reforms of the General Court were a lengthy process with the first proposal put forward by the ECJ in March 2011.  The European Commission in September 2011 supported this proposal.

EU countries were unable to agree on the exact number of new judges in 2012, which ultimately led to the plan, finally agreed last year,  to double the General Court judges and abolish the Tribunal.